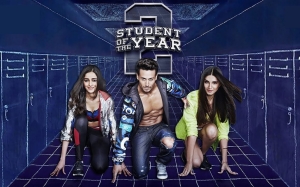 Synopsis – A student must face off against bullies and overcome hurdles, both academic and romantic, to win his college’s coveted Student of the Year trophy.

My Take – The 2012 Karan Johar directed Student of the Year was not exactly a good film. It didn’t have a novel premise nor an intelligent representation. Heck it introduced us to Saint Teresa, a cool school that belongs to possibly another dimension, where buff good looking boys and pretty, skimpily-clad girls, spend their time idling away on the campus than in the class room.

Forget studies, this is a school where only shimmying to retro beats and flaunting of wheel is taken into consideration to be considered a good student. However, the film did also act as a grand launch pad for then future stars, Alia Bhatt, Varun Dhawan, and Sidharth Malhotra, who with their arresting presence managed to win hearts all over.

Unfortunately, I think it was needless to say and expect, that the plot despite the time gap has also not moved as well, making it yet another good looking rehash of various films of its genre. The film is not just predicable and far from original, but unlike its predecessor, it isn’t even well grounded in emotions hereby making it quite difficult to invest in its characters for 145 minutes. 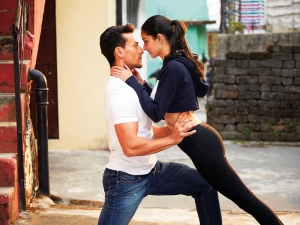 The story follows Rohan Sachdev (Tiger Shroff), a star athlete of the low-brow Pishorilal Chamandas College, who dreams of getting into St. Teresa’s college not because it is an esteemed institution, but because his childhood sweetheart, the awe-struck Mridula Chawla (Tara Sutaria) has taken admission there.

However things change when he receives his acceptance letter from St. Teresa via sports quota and finds himself between undercurrents of hostility from other prestigious students, namely Manav Randhawa (Aditya Seal) and Shreya Randhawa (Ananya Panday), children of an influential school trustee. What’s worse, even Mridula who calls herself Mia now, doesn’t seem interested in Rohan’s goody good shoe ways, and more concerned with Manav’s lifestyle.

Once the battle lines are drawn, situations drag Rohan beyond his emotional control and he is soon rusticated from college. Finding himself at the bottom of the barrel, Rohan must prep himself to once again represent Pishorilal Chamandas College in the annual Dignity Cup tournament between the colleges of Dehradun and Mussoorie that will also decide the winner of the Student of the Year trophy.

Now the best part about watching this film is, there are actually no surprises. While the 2012 film chose to spend more time on its characters’ bodies, make-up and wardrobes, its soundtrack and dance routines than on its writing, it did manage to be entertaining in its own limited fashion, yet this film seems not to even try.

In a bid to make a candy floss-popcorn entertainer, director Punit Malhotra and writer Arshad Sayed are not interested in telling a compelling story at all. A factor easily noticeable as among the characters only Shreya has a form of understandable arc. On the other hand, Rohan’s arc is too bloated, while Mia’s fails to resonate.

There are certain plot elements here that could perhaps have borne fruit if they had been explored by a better writer, such as the starting point of the story which is about a boy making his girlfriend’s dreams his dreams and having none of his own. This is a reversal of what we see in real-life man-woman relationships, and who knows where it could have been taken. 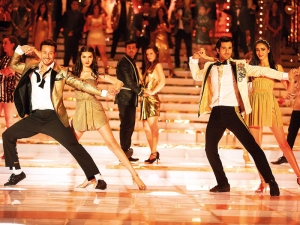 Here though, the screenplay is so preoccupied with foregrounding the men that the point wanders away before being referenced once again briefly in the middle and the end, thus adding up to not very much. The songs are well choreographed and they mesh into the narrative seamlessly, but they are not a patch compared to the ones in the prequel.

The film is naturally Tiger Shroff’s canvas and he delivers his standard chops along with his flamboyant parkour moves, with ease. He appears charming, sincere and relatable. If we reflect on Tiger’s journey as an actor since his debut, there has definitely been huge improvements. He has grown in confidence and that speaks volumes.

Equally impressive is Aditya Seal, as he pulls off his role as the egoistic, condescending and aggressive Manav effortlessly. He is a sheer joy to watch. YouTube star Harsh Beniwal and Abhishek Bajaj also do well. But by no stretch of imagination they appear to be college students.

Coming to the debutantes, Tara Sutaria exercises restraint, but her character is given such a lukewarm personality, her overall performance gets affects. However, Ananya Panday (actor Chunky Pandey‘s daughter) is dynamite on-screen. Her subtle nuances and sassy antiques are what make her character Shreya amiable to watch. The one scene where she really stands out is the cafe scene where she is impatiently seated with Rohan and Mia. She delivers her lines spontaneously and naturally.

In smaller roles, Samir Soni and Gul Panag are wasted. Alia Bhatt and Will Smith appear in cameos. On the whole, ‘Student of The Year 2’ is a lavishly mounted entertainer let down by its lazily drafted screenplay.