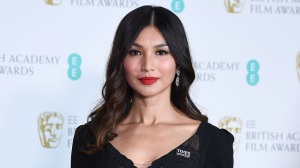 If you haven’t noticed, the Streaming Wars are well under way, and that means stockpiling arms, er, assets. To that end, HBO Max has picked up Steven Soderbergh‘s latest film Let Them All Talk, which is currently in production.

Meryl Streep is set to star in the film, fresh off working with Soderbergh on Netflix’s The Laundromat and co-starring in the second season HBO’s Big Little Lies. The three-time Oscar winner will be joined by Emmy winner Candice Bergen and two-time Oscar winner Dianne Wiest, as well as rising stars Lucas Hedges and Gemma Chan.

Written by MacArthur Fellow and award-winning author Deborah Eisenberg, Let Them All Talk tells the story of a celebrated author (Streep) who takes a journey with some old friends (Bergen and Wiest) to have some fun and heal old wounds. Her nephew (Hedges) comes along to wrangle the ladies, and soon finds himself involved with a young literary agent (Chan).

“This is the kind of project where you just say, ‘yes, please, sign me up,’” said Sarah Aubrey, head of original content at HBO Max. “To work with Steven Soderbergh and this all-star cast led by Meryl Streep is thrilling and sets the standard for features at HBO Max.”

Gregory Jacobs is producing the film, which counts Ken Meyer and Joseph Malloch as executive producers. Production started last week in New York and will continue onboard the Queen Mary 2, and in the UK. Soderbergh and Jacobs arranged the financing themselves, employing the same model used on Magic Mike, which became a huge hit that spawned a sequel and a stage show.

Soderbergh’s next film, The Laundromat, will premiere at the upcoming Venice Film Festival, and Hedges will also have a presence on the fall festival circuit, as he stars in Amazon’s Honey Boy and A24’s Waves. As for Chan, she just nabbed the lead role in Marvel’s The Eternals, so it’s nice to see her bolstering her indie cred before moving on to that big-budget production. HBO Max is due to launch in spring 2020, and the streaming service has already signed Reese Witherspoon and Greg Berlanti to production deals.