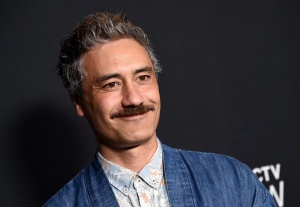 After the resounding successes of writer/director/actor/very-well-dressed-man Taika Waititi‘s Thor: Ragnarok and Jojo Rabbit, it’s been inspiring to see him follow his passion for progressive commentary and stories that highlight the indigenous experience. And he just started filming a new project that will accomplish all these tasks and thensome: Next Goal Wins, the true story about the American Samoa soccer team’s history of losing terribly, and their quest to turn things around and qualify for the 2014 World Cup. The Fox Searchlight Pictures film just began principal photography in Hawaii last week.

“I’ve just started production on my next film, NEXT GOAL WINS,” said Waititi in a statement. “We have such an amazing cast and crew behind this film, and I’m stoked to be partnering once again with the lovely people at Fox Searchlight Pictures.” Fox Searchlight recently distributed Waititi’s tightrope-walking, Oscar-hopeful Jojo Rabbit, and I’m willing to bet they think they have another “complicated crowd-pleaser” on their hands. Waititi’s cast has many familiar faces: Michael Fassbender plays an unorthodox Dutch coach tasked with helping the underdog team, and Elisabeth Moss plays an as-of-yet unnamed role. But Waititi has also cast a newcomer, as reported by Variety: Non-binary actor Kaimana will make their film debut as Jaiyah Saelua, a member of the American Samoa team and the first non-binary soccer player to compete in the Men’s World Cup. Kaimana identifies as “fa’afafine,” which in Samoan culture is an accepted third gender that is neither male or female. Waititi told Variety that it was vital to cast a non-binary performer in the role, rather than a cisgendered actor: “There was no way we would have approached it in any other way.”

Beyond the facts and actual circumstances of the story, Waititi has another source to pull from for inspiration: the 2014 documentary Next Goal Wins, from directors Mike Brett and Steve Jamison. The documentary was widely acclaimed, earning 100% on Rotten Tomatoes and giving the American Samoa team international attention and support for their inspirational story. With all of this incredible material to pull from, combined with a focus on representation and inclusion, Waititi’s Next Goal Wins sounds like a goal to me.

Check out the official synopsis for Next Goal Wins below.

NEXT GOAL WINS tells the story of the American Samoa soccer team, who suffered the worst loss in World Cup history, losing to Australia 31-0 in 2001. With the 2014 World Cup approaching, the team recruits a down on his luck, maverick coach (Fassbender) to help turn their fate around.