Bridgerton season 2 is currently busy breaking records for Netflix. However, the streamer is not wasting any time sitting on this romantic drama’s success as the untitled Bridgerton prequel series now has its cast, announced by Netflix and Shondaland on Wednesday. The upcoming limited series that centers around Queen Charlotte’s “rise to prominence and power” has also started doing its table reads. Netflix has even released images of the cast together doing their first reading.

This prequel tells the story of “how the young Queen’s marriage to King George sparked both a great love story and a societal shift, creating the world of the Ton inherited by the characters in Bridgerton.” The original Queen Charlotte, Golda Rosheuval, will be reprising her role in the series along with Adjoa Andoh’s Lady Agatha Danbury and Ruth Gemmell’s Lady Violet Bridgerton. However, as the premise suggests, this limited series will feature younger versions of all these characters.

First up we have India Amarteifio (Line of Duty) as Young Queen Charlotte. At this point in the character’s life, she has been, “betrothed to the mysterious King of England against her will, Charlotte arrives in London only to realize she was not exactly what the royals were expecting. As she learns to navigate the palace, the ‘ton, and her unpredictable husband, she grows into one of Europe’s most unforgettable monarchs.”

Next up we have Michelle Fairley (Game of Thrones) as Princess Augusta. The character is described as someone, “determined to maintain her family’s power, the Dowager Princess does what it takes to secure her son’s place as monarch amidst a changing, modernizing Britain.”

Then we have Corey Mylchreest (Sandman) as a Young King George. He is described as, “handsome, charismatic, and a bit of a mystery, George has always bowed to the restraints placed on him as the Crown. Until now. Having to share his space, and bed, with his new wife forces George to face his hidden demons head-on.”

Lastly, rounding out the main players of this series is Arsema Thomas making her television debut as young Agatha Danbury. The younger version of Danbury is described as someone, “under the thumb of a much older husband, Agatha uses Charlotte’s arrival to find her own way into society. With keen knowledge of the once divided social scene and the intricacies of marriage, Agatha becomes a guiding light for the new Queen, all while finding her own voice and power we’ll soon recognize as Bridgerton’s iconic Lady Danbury.”

The supporting cast of the series includes Sam Clemmett (Harry Potter and the Cursed Child) as Young Brimsley, Richard Cunningham (The Witcher) as Lord Bute, Tunji Kasim (Nancy Drew) as Adolphus, and Rob Maloney (Casualty) as the Royal Doctor. Also, Cyril Nri (Cucumber) will be portraying Lord Danbury and Hugh Sachs will be returning as the older Brimsley. The series is being written and executive produced by Shonda Rhimes, who is also serving as showrunner, with Tom Verica and Betsy Beers also serving as executive producers. Verica will be directing the series.

This news should make any fan of the franchise smile. Queen Charlotte and Lady Danbury have already been memorably fun characters in the main series, but it is going to be exciting to see where the story takes the younger versions of their characters. It is always nostalgic fun to reminisce on the past and our former selves with the people we love, and with the older versions of Charlotte, Danbury, and Bridgerton being involved in this story, which appears to be exactly what we are getting with this limited prequel series. We are going to see some of our favorite characters from the series in a fresh new light with all the romantic intrigue we have come to expect from Bridgerton.

Since the series has begun their table reads, this prequel should be starting its shooting very soon. This should at least make the wait for Bridgerton Season 3 a little easier.

In the meantime, check out some photos from the first table read below: 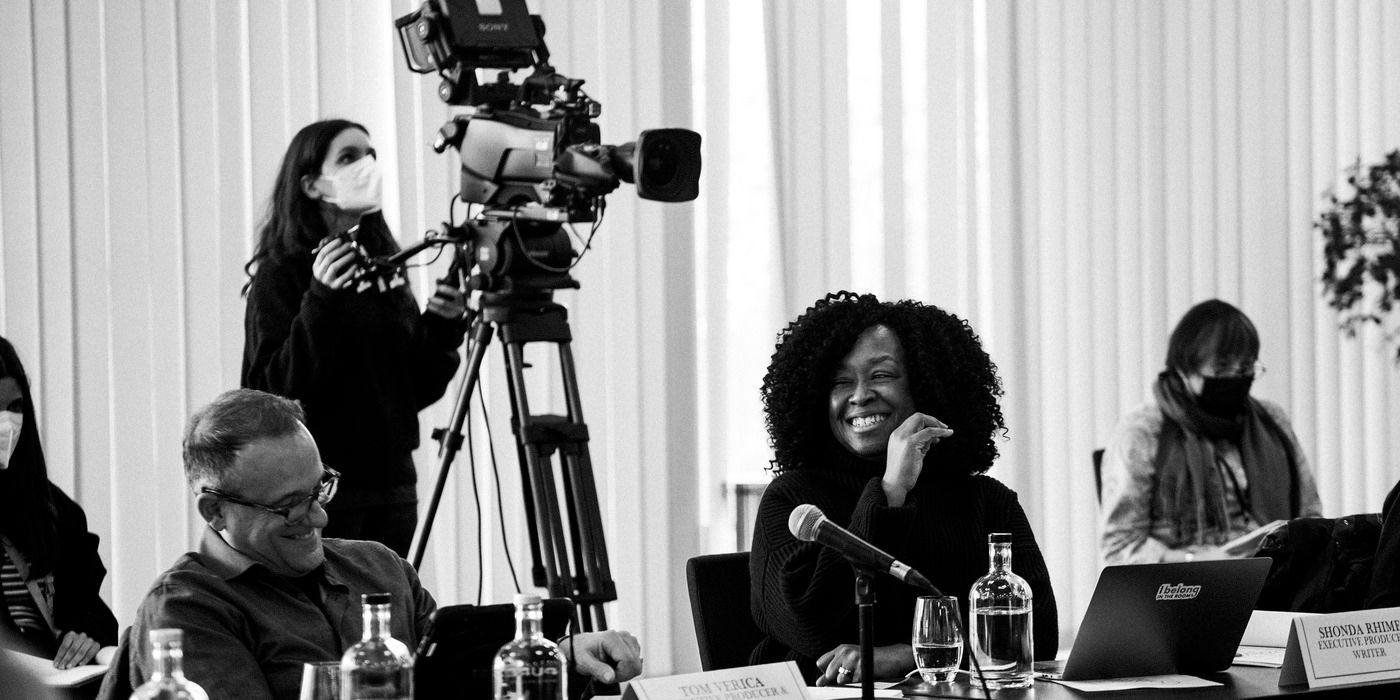