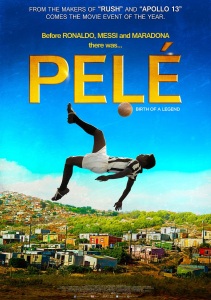 FRONT ROW FILMED ENTERTAINMENT & Riot Play Films / Moviz Ark – A Take On Our Cinematic Experiences are here to give 10 exclusive invites (5 pairs) to the premiere of the new amazing and very inspirational biography/sport film “Pelé: Birth of a Legend” directed and written by Jeff and Michael Zimbalist, and starring Emmy-nominated Vincent D’Onofrio, Rodrigo Santoro, Diego Boneta, Golden Globe nominated Colm Meaney and Seu Jorge. The film is set to release on May 26, 2016 in the U.A.E!! ‪

The advanced screening of the film will take place on Monday, May 23rd, 2016, at VOX Cinemas, Mall of the Emirates. Doors open at 8:15 pm. Film starts at 8:30 pm. PS: Due to its rating children won’t be allowed to this screening!

All you have to do is answer the correct question in the comments box, like the page & tag as many friends as possible. Good Luck!

One of the leads of this film, Emmy-nominated Vincent D’Onofrio, recently played a fan favorite character in a Netflix TV show. Which one is it?

Winners of the competition will be announced on Sunday, May 22nd, 2016!!

Synopsis: PELÉ tells the miraculous story of the legendary soccer player’s rise to glory from a young boy, to the 17 year old who scored the winning goal in Brazil’s first ever World Cup victory in 1958. From a life full of disadvantages and an impoverished youth in Brazil, Pelé used his unorthodox yet authentic style of play and his unbeatable spirit to overcome all odds, find greatness and inspire a country that he changed forever.