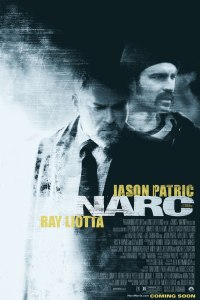 Filmmaker Joe Carnahan’s TV adaptation of his 2002 cop thriller Narc just landed a major talent—but not in front of the screen. Per Deadline, Eminem is in talks to serve as executive producer and music supervisor for the Narc TV series, with duties that will include writing original songs for the Detroit-set show. Carnahan has written a pilot script and will direct and produce the drama, which has yet to be set up at a network but will be shopped around soon. One imagines adding Eminem to the package makes it that much more attractive from a network standpoint.

Carnahan’s 2002 film announced him as a director to watch and served as his calling card to landing the Mission: Impossible III directing gig—although that pairing didn’t ultimately work out. The film revolves around a pair of Detroit police detectives investigating the murder of an undercover cop and stars Ray Liotta and Jason Patric. It’s unclear how closely this TV series will hew to the film’s storyline, but Detroit is said to be a major presence in the show, which was no doubt a selling point for Eminem, who grew up in the Motor City.

Carnahan is no stranger to television having helmed the pilots for NBC’s The Blacklist and the now-cancelled State of Affairs. He continues to serve as an executive producer on The Blacklist and most recently directed the feature film Stretch starring Patrick Wilson and Chris Pine. Next up, however, Carnahan is tackling his biggest project yet: Bad Boys 3. He’s been working on the script and prepping to direct the picture for the past few months now, but it’s nice to see he’s still interested in longform storytelling with Narc.

Eminem, meanwhile, has an established relationship with Carnahan having had small roles in Stretch and The A-Team. He most recently served as the executive producer for the feature film soundtrack Southpaw.