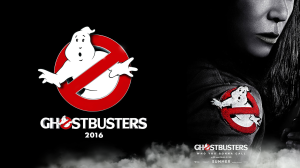 Well, here we are. This morning brought with it the full audio for the new Ghostbusters theme song, “I’m Not Afraid,” performed by Fall Out Boy and the galvanic Missy Elliott, and it’s not good. Subjectivity goes a long way in these kind of things, but I have a hard time imagining people enjoying this outside of the realm of gimmicks. The most famous songs from the original movies – namely Ray Parker Jr.‘s original theme song and Bobby Brown‘s “On Our Own” from Ghostbusters 2 – had a certain gimmickry to them as well, of course, but there was some sense of invention in the songs, a feeling of bounce and optimism in each uttered line. That is not the case with “I’m Not Afraid,” which feels strictly dutiful and over-produced to a rather remarkable degree.

The failure of the song, however, should not, in any way, reflect poorly on Paul Feig‘s upcoming comedy or the performers that appear in the remake. With almost zero exceptions, songs written for major motion pictures are thoroughly forgettable trash, though some do have the added utility of being fun trash. And though Elliott conveys little of her verbal dexterity and astounding abilities as a rhyme-spitter, the main offender here is undoubtedly Fall Out Boy, whose entire tone feels way to self-serious, overtly dramatic,  and falsely triumphant for a film about a cadre of scientists and brilliant weirdos who go hunting ghosts in New York City.

Regardless, you should at least hear a little bit of the song to prepare yourself for when it’s inevitably used in the movie, or when your Facebook feed becomes congested with spiteful vitriol. Either way, you can take a listen to the whole thing right below.

Here’s the full audio of the new Ghostbusters theme song “I’m Not Afraid”: