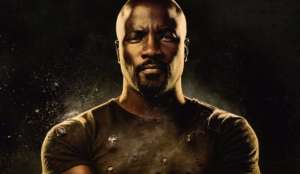 Ahead of the show’s highly anticipated debut this coming Friday, September 30th, Netflix has unveiled the final trailer for the Marvel series Luke Cage. The show is the third from Marvel’s collaboration with Netflix, which kicked off with Daredevil and was followed by the superb Jessica Jones. There’s one more left to go—next year’s Iron Fist—before we get to the Avengers-style team-up series The Defenders, but thus far Marvel and Netflix have shown a willingness to allow these shows flaunt their own styles that suit their unique protagonists.

Cage finds Cheo Hodari Coker (Notorious, Southland) serving as showrunner to tell an unapologetically black superhero story. The show takes place after the events of Jessica Jones, with Mike Colter’s bulletproof Luke Cage going back home to Harlem in an effort to rebuild his life. Soon, however, he learns the city is under the control of the nefarious kingpin Cornell “Cottonmouth” Stokes, played by House of Cards and Moonlight actor Mahershala Ali.

Colter has described the series as Marvel’s version of The Wire, which is bold yet in many ways apt. It’s an intimate portrait of street life, detailing not only the inner workings of the crime syndicates, but also the beleaguered police, sleazy politicians, and the young people in the community who see guns and drugs as an easy way to make money.

Indeed, just as Jessica Jones functioned as both an entertaining superhero romp and a serious chronicle of sexual assault survival, it appears that Luke Cage will be delving into real-world issues as well. To which I say, “Yes please.”

Watch the final trailer for the series below. All 13 episodes will be available on Netflix starting September 30th. The show also stars Alfre Woodard, Simone Missick, Theo Rossi, Frank Whaley, and Rosario Dawson.

After a sabotaged experiment leaves him with super strength and unbreakable skin, Luke Cage (Mike Colter) becomes a fugitive trying to rebuild his life in modern day Harlem, New York City. But he is soon pulled out of the shadows and must fight a battle for the heart of his city – forcing him to confront a past he had tried to bury.