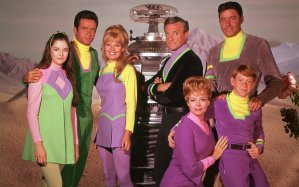 Very few actresses have the iron-clad reputation that Parker Posey has developed over the years. In the 1990s, she was a bit of an It-girl, securing iconic roles in a slew of indie projects, from Party Girl and The House of Yes to Dazed and Confused and Waiting for Guffman. And that’s not even counting her work in masterpieces like Kicking and Screaming and Henry Fool, the latter of which set-up a collaborative relationship with the great Hal Hartley. In the aughts, she branched out big time, with roles in Superman Returns (yay!), Blade: Trinity (boo!), and three projects with Waiting for Guffman director Christopher Guest, including the uproarious Best in Show.

She still works regularly to this day, having now worked with Woody Allen on the hugely undervalued Irrational Man and making a memorable appearance on Parks & Recreation. Now, as Deadline reports, she will be one of the key performers in Netflix’s remake of Lost in Space, a 10-episode remake series with is set to debut sometime in 2018 on the streaming giant. Her role is that of Dr. Smith, the often nefarious and constantly scheming doctor who travels through the universe with the Robinson family on the Jupiter 2. In the original series, the late Jonathan Harris was in the role, whereas Gary Oldman took up the mantle in the not-so-good movie adaptation of the series. Gender reversal alert!

I’m sure that a few sad people on the internet will have something truly and deeply ignorant to say about this switcheroo and for them, I have exactly no pity or empathy. Posey does great when she’s playing a schemer and for those in need of proof, just watch the menacing emotional undercurrents she gives to the head of the senior high school girls in Dazed and Confused. Her inclusion in the series already suggests that this version of Lost in Space, unlike the movie, will be worth our time in an increasingly suffocating TV market.