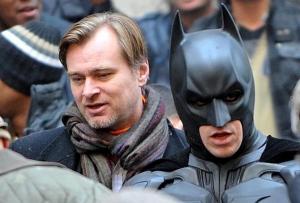 Yesterday, the Bond 25 fan Twitter noticed that Christopher Nolan’s production company, Syncopy, was listed on IMDbPro as a producer on the film. This led to speculation that Nolan might be directing the next Bond film, which is a juicy piece of information that’s pretty far away from being remotely true at this point.

To begin, Bond is still looking for a home. EON and MGM, who own the rights, are currently looking for a distributor, and various major studios as well as Annapurna Pictures, are making pitches about why they’re the best home for Bond. That being said, Bond doesn’t just get to take up residence at Warner Bros or Fox and then the studio remains hands off. While EON has more power than most production companies due to the strength of the Bond property (it’s basically a guaranteed hit for any studio that lands it), the studio is still has a say in major decisions like who to hire as a director. Maybe EON offers a package that includes a director, but it’s premature to assume they’ve already landed one.

Yes, Nolan is a lifetime Bond fan and now could be a good time for him to take on the franchise, but it’s surprising that EON would like Syncopy play in their sandbox. They’re very protective with the rights, so what kind of profit sharing does Syncopy get, or are they simply on board so that Nolan is involved? And if Nolan was really directing Bond 25, wouldn’t they make this announcement with a little more fanfare? Are we really finding this out because a Bond fan Twitter read an IMDbPro page? It’s possible, but it doesn’t really jibe with what we know about Nolan and how closely he likes to control information.

But let’s play the speculation game for a moment and assume that Nolan is directing Bond 25. Even though Bond is a major franchise and Nolan could certainly hit the action beats, I think he’s kind of the wrong choice. Bond films are infused with sexuality. It’s a key component of the character. Nolan, for his part, makes films that are noted for being sexless. That’s not a good or a bad thing; it just is, but it also makes him kind of a bad fit for the franchise. Just because Nolan is an excellent director, that doesn’t mean he can direct anything.