The buzz for Sushant Singh Rajput upcoming film Kedarnath is gradually getting up! The film is still in its pre-production phase but considering the hype around for the film, the makers of Kedarnath recently released a poster for the film! Though the team already shared a motion poster for the film, which would give you a good idea how this film would turn out to be. And this poster further gives hints about the storyline of the film! 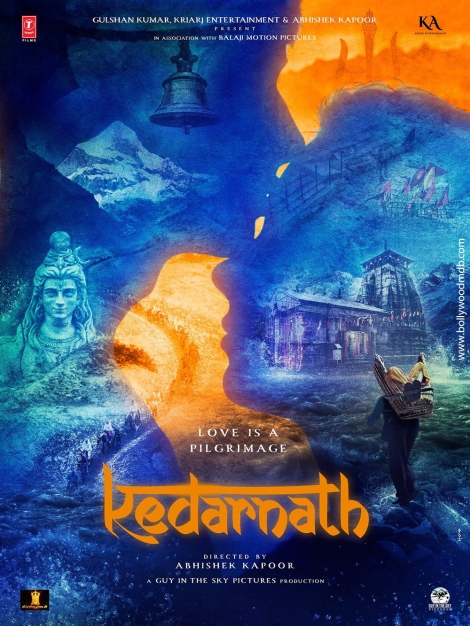 Interestingly, the film Kedarnath will be a love story blossomed in the backdrop of Kedarnath flood which took place in 2013! And this posted gives plenty of visual hints about the story like a love story between characters of Sushant Singh Rajput and debuting Sara Ali Khan would be trapped in nature’ catastrophic attack! The film would also likely to give some overview of chaos that took place with a natural calamity like cloud bursting happen over midnight and all the havoc it created. Kedarnath would also be the first film to depict incidence of Kedarnath on screen for the first time.

The film Kedarnath will be produced and directed by Abhishek Kapoor and co-produced with KriArj Entertainment, Balaji Motion Pictures, and Gulshan Kumar. The leading actors of the film were recently seen attending workshops and reading sessions for the film and from the 3rd September, the film had its first shooting schedule. The released date will be revealed later, but it is speculated to be in theatre in summer 2018!