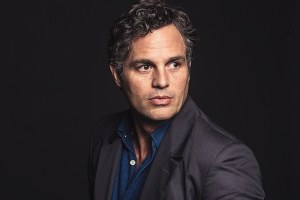 After the breakout success of their star-studded limited drama series True Detective and Big Little Lies, both of which cleaned up at the Emmys following their debuts, the premium cable giant is developing a new high-profile limited series. Per Deadline, HBO is in the works on I Know This Much Is True, an eight-episode limited drama series starring Mark Ruffalo. Blue Valentine and The Place Beyond the Pines filmmaker Derek Cianfrance is set to write and direct the project, which comes from FilmNation Entertainment (Arrival, The Big Sick).

Ruffalo is also set to produce the project, which is based on the acclaimed 1998 novel of the same name by Wally Lamb following the lives of identical twin brothers Dominick and Thomas Birdsey as they struggle with mental illness, personal tragedy, and the journey toward recovery. Ruffalo will play both brothers, taking on what’s sure to be one hell of an awards-contending dual role.

Per the report, Ruffalo and Lamb have been collaborating on a TV adaptation of the sprawling book for the past two years. The pair will executive produce alongside Cianfrance, as well as Ben Browning and Glen Basner of FilmNation.

Ruffalo has been on full-time Hulk duty as of late. Next month, he’ll be seen alongside Chris Hemsworth in Taika Waititi‘s Thor: Ragnarok and he’s next set to appear in Avengers: Infinity War and the untitled Avengers 4.

Here’s the official synopsis for I Know This Much is True, via Harper Collins:

“On the afternoon of October 12, 1990, my twin brother, Thomas, entered the Three Rivers, Connecticut, public library, retreated to one of the rear study carrels, and prayed to God the sacrifice he was about to commit would be deemed acceptable. . . .”

One of the most acclaimed novels of our time, Wally Lamb’s I Know This Much Is True is a story of alienation and connection, devastation and renewal, at once joyous, heartbreaking, poignant, mystical, and powerfully, profoundly human.