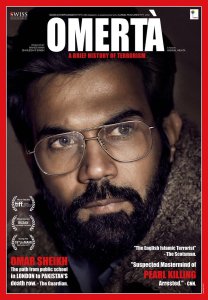 Talented actor Rajkummar Rao, who is currently shooting for one of his upcoming projects, Stree, with Shraddha Kapoor, will shortly be seen in Omerta. Directed by Hansal Mehta, the drama film will release on the 20th of April. The new date was announced by the producers. The film is a high-intensity drama. It is based on the life of British terrorist of Pakistani descent Ahmed Omar Saeed Sheikh.

The film has won a number of awards and accolades and been featured at the Toronto International Film Festival. It was also featured at the recently held Jio MAMI film festival with packed audiences and now the film will be released worldwide on April 20th. Like most of Hansal Mehta‘s previous films, Omerta is based on true life events including terror-related events.

Omerta is produced by Nahid Khan, presented by Swiss Entertainment and directed by Hansal Mehta. Omerta will release on the April 20th, 2018.

Besides Omerta and Stree, Rajkummar Rao will also be seen in Rakeysh Omprakash Mehra‘s Fanne Khan and Love Sonio.