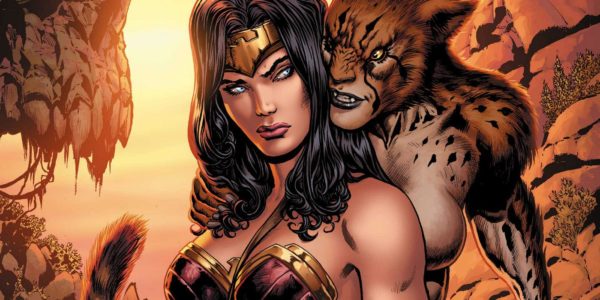 With director Patty Jenkins and star Gal Gadot gearing up to begin production on Wonder Woman 2 this spring, it was only a matter of time before we started getting some casting rumours for the DC sequel.

Well, sure enough, we’ve now got a report from That Hashtag Show, which claims that the follow-up to last year’s solo blockbuster will find Diana going up against one of her fiercest foes in Dr. Barbara Ann Minerva, a.k.a. Cheetah.

If the report is to be believed, Warner Bros. and Jenkins are seeking an A-list actress for the role, and had made an offer to The Amazing Spider-Man and La La Land star Emma Stone, although the Oscar winner passed on the opportunity.

The third incarnation of the Cheetah character, Barbara Ann Minerva made her first appearance in 1987 and is a British archeologist who is granted the power of the cheetah by the ancient plant god Urzkartaga. Her backstory was revamped for the New 52 continuity, and again following the events of DC Rebirth.

The article also goes on to support earlier rumours suggesting that the film will take place in the 1980s during the Cold War, and will see her somehow reuniting with Chris Pine’s Steve Trevor – along with Ewen Bremner’s Charlie and Said Taghmaoiu’s Sameer – to take on the Soviet Union.

Quite how Steve Trevor returns, and how Cheetah fits into all of this, is anyone’s guess.

Wonder Woman 2 is set for release on November 1st, 2019, and sees Jenkins directing from a script she has written with DC’s Geoff Johns and Dave Callaham (The Expendables, Ant-Man).