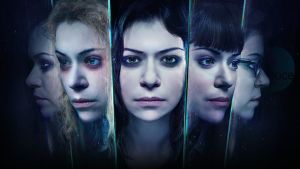 After suffering a pretty serious setback last month, the Snowpiercer TV series is back on track. TNT developed a TV adaptation of the 2014 Bong Joon-ho film through the pilot stage with showrunner Josh Friedman, whose credits include Terminator: The Sarah Connor Chronicles, NBC’s Emerald City, and the films Avatar 2 and War of the Worlds. But after the pilot was shot, Friedman was pushed out of the showrunner position on Snowpiercer. TNT claimed “creative differences,” but Friedman took to Twitter to say he was fired for fear of not being “compliant.”

Now, however, TNT has found a replacement to spearhead the show going forward, and it’s someone who knows his way around an engaging sci-fi series. Variety reports that Orphan Black co-creator and showrunner Graeme Manson has been tapped as the new showrunner on Snowpiercer, with TNT executive vice president of original programming calling him “the best conductor to navigate the thought provoking and delicate themes of the series while bringing this frozen, futuristic world to life.”

Bong Joon-ho’s film told the story of a group of humans on a train that sped around the globe, which had been transformed into a new ice age by efforts to halt climate change. The train holds the last remnants of humanity, and is divided by classes and social status with the poorest citizens at the very back.

The Snowpiercer TV series takes place seven years after the ice age event and centers on a small band of people who inhabit the train, with Jennifer Connelly and Daveed Diggs leading a cast that also includes Alison Wright and Susan Park.

Doctor Strange filmmaker Scott Derrickson directed the pilot, and Manson seems like a swell choice as showrunner. Orphan Black was a consistently engaging piece of sci-fi storytelling that wasn’t afraid of levity, and while the story itself got a little too tangled towards the end, Manson did a solid job of keeping such a unique concept together for as long as he did. A premiere date for Snowpiercer hasn’t been announced just yet, but it’s expected to premiere sometime this year.