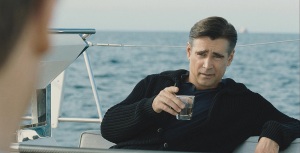 A new TV spot for Widows has landed online, further revealing one of the most highly anticipated films of the year. Co-written by Gillian Flynn (Gone Girl) and directed by Steve McQueen (12 Years a Slave), the film tells the story of four women who must execute a heist in order to pay off the debt their deceased husbands incurred and weren’t able to deliver in a previous heist. Furthermore, the women have to pull off the heist while both the law and criminals are bearing down on them.

The first trailer arrived earlier this month, and this TV spot does a great job of further accentuating the incredible cast and Sean Bobbitt’s arresting cinematography. Indeed, it’s been far too long since we’ve seen anything from McQueen, whose last film was the Best Picture-winning 12 Years a Slave. His range from that historical drama to Shame to Hunger is impeccable, maintaining an intense character focus regardless of genre or setting, and I can’t wait to see his talents put on display in a heist thriller.

Here’s the official synopsis for Widows:

From Academy Award®-winning director Steve McQueen (“12 Years a Slave”) and co-writer and bestselling author Gillian Flynn (“Gone Girl”) comes a blistering, modern-day thriller set against the backdrop of crime, passion and corruption. “Widows” is the story of four women with nothing in common except a debt left behind by their dead husbands’ criminal activities. Set in contemporary Chicago, amid a time of turmoil, tensions build when Veronica (Oscar® winner Viola Davis), Alice (Elizabeth Debicki), Linda (Michelle Rodriguez) and Belle (Cynthia Erivo) take their fate into their own hands and conspire to forge a future on their own terms. “Widows” also stars Liam Neeson, Colin Farrell, Robert Duvall, Daniel Kaluuya, Lukas Haas and Brian Tyree Henry.