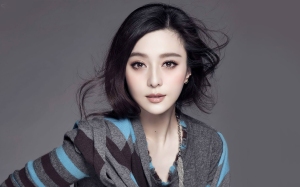 During this year’s Cannes Film Festival, it was announced that Jessica Chastain (Molly’s Game), Marion Cotillard (Allied), Penelope Cruz (Murder on the Orient Express), Lupita Nyong’o (Black Panther) and Fan Bingbing (X-Men: Days of Future Past) would be teaming up for 355, a star-studded espionage film from director Simon Kinberg (X-Men: Dark Phoenix).

However, if you’ve been keeping an eye on the news recently, you made have heard that Chinese superstar Fan Bingbing has been missing since early July, with unconfirmed reports and speculation suggesting that the actress may have fallen foul of the Chinese government due to an alleged tax evasion issue.

Since her disappearance, Fan’s latest films L.O.R.D.: Lord of Ravaging Dynasties 2 and Air Strike have had their release dates pushed back, and now it is being reported by Deadline that it is looking likely that her role in 355 will be recast.

Production isn’t set to get underway until early in the New Year, but the thought is that even if Fan resurfaces, her inclusion in 355 could mean that the spy thriller would not pass the strict Chinese film censors – a major issue, given the fact that the movie has already sold its Chinese distribution rights to Huayi Brothers for $20 million.