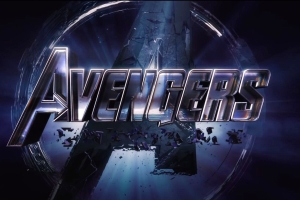 In some truly shocking news, it appears that people are quite excited for Avengers: Endgame. The long-awaited trailer for the Infinity War follow-up nabbed 289 million views across Youtube, Facebook, Twitter, and other platforms in its first 24 hours, obliterating the record previously held by, uh, Infinity War by almost 60 million views. Marvel announced the news by thanking “the greatest fans in the world,” all of whom were definitely super patient and not at all close to rioting in the streets during the long lead-up to the trailer launch.

To the greatest fans in the world, thank you for being there from the beginning til the endgame and making Marvel Studios’ #AvengersEndgame the most viewed trailer in history with 289M views in 24 hours! pic.twitter.com/Fe0MA2Gfqy

It’s no shocker, considering Disney held off releasing a trailer until hype had reached critical mass, opting instead to first release footage from Aladdin, The Lion King, and Artemis Fowl, all of which debut after Endgame. Fans were straight-up jonesin’ for an update on the MCU after the cliff-hanger conclusion of Infinity War, which saw Thanos (Josh Brolin) using the Infinity Gauntlet to wipe out half of all life in the universe, including fan-favorite Avengers like Spider-Man (Tom Holland), Black Panther (Chadwick Boseman), and The Winter Soldier (Sebastian Stan).

The Endgame trailer took us into that post-snap world, with the remaining Avengers grief-shaving their majestic beards and/or floating around space waiting to die. The new footage didn’t provide a whole lot of answers, but it did offer some hope in the form of Scott Lang’s (Paul Rudd) return from the Quantum Realm and Black Widow (Scarlett Johansson) telling Captain America (Chris Evans), “This is gonna’ work, Steve.” What “this” is remains a mystery, but maybe give that trailer another couple of million spins just to make sure.