IDW Publishing has announced that it is set to launch an all-new front in the War on Drugs with the official Narcos comic book series, an original story set within the continuity of the first season of the Netflix drama series. 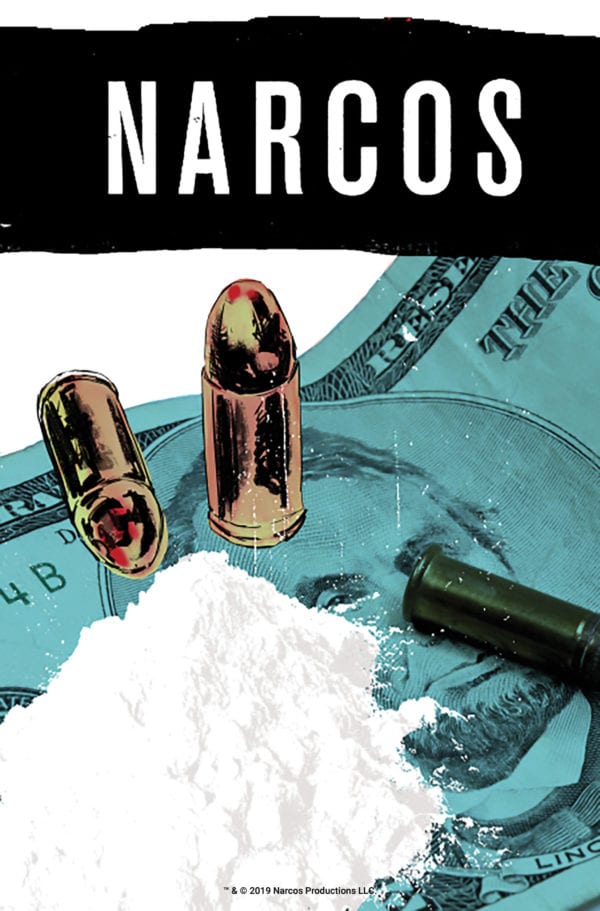 Written by RyanFerrier (G.I. Joe: Silent Option) with art by Vic Malhotra (The X-Files), the four-issue Narcos miniseries introduces new dangers for DEA agents Steve Murphy and Javier Peña to face, while at the same time, El Patrón must contend with a dangerous threat to his drug empire.

“I’m thrilled to take fans new and old into a deeper, unseen story from the volatile, teeth-gritting world of Narcos,” says Ryan Ferrier. “I’m even more excited to bring this to life alongside Vic Malhotra, whose immense talent and style will show us a new side of Narcos – one with dangerously high stakes and a new, chaotic presence that will affect the DEA, the Cartels, Don Pablo himself, and all of Colombia.”

“I’m stoked that IDW and Gaumont selected me as the artist for this book,” adds Malhotra. “Narcos feels very authentic, its brooding characters and gritty world. It’s very important to bring that feel to the comic page, to inject it into the way things are drawn, the colors, the compositions. It’s been fun and challenging so far, and I hope readers dig it!”

“The team behind the Narcos series did such a fantastic job of bringing the audience into this fascinating world of power and deceit,” states editor Bobby Curnow. “Ryan and Vic have seamlessly integrated into this world and are bringing us a story that fits right into the larger picture. This feels like it could be an episode of the show while still retaining that unique comic book magic!”

Narcos #1 will go on sale in April.