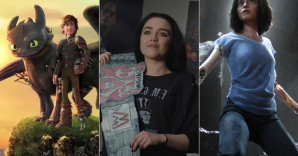 The 2019 box office has finally received a jolt of energy with an impressive, $55.5 million debut for DreamWorks Animation‘s How to Train Your Dragon: The Hidden World. The performance led the weekend box office, closing out the final weekend within what has been a rough start to the first two months at the domestic box office this year. The weekend also saw MGM‘s expansion of Fighting with My Family, which debuted at the lower end of industry expectations, while Roadside‘s Run the Race found itself within the top ten from just 853 locations.

With an estimated $55.5 million, Universal‘s release of the DreamWorks Animation title How to Train Your Dragon: The Hidden World delivered not only the #1 movie at this weekend’s box office, but the largest debut of the year so far, surpassing Glass by more than $15 million. The opening is also the largest debut in the How to Train Your Dragon franchise, topping the $49.4 million opening for How to Train Your Dragon 2 back in 2014. The film’s overall domestic performance so far totals over $58 million once you include the $2.5 million it brought in from an exclusive Fandango event earlier this month. The question now is to wonder how the film will perform from here.

Following a $43.7 million opening, the first film went on to gross over $217.5 million in 2010, a nearly 5x multiplier. The second film, while still strong, mustered a 3.58x multiple and just over $177 million for its domestic run. Like its predecessors, Hidden World received an “A” CinemaScore and was well received by critics, earning a 91% score at RottenTomatoes. One interesting note is this is the first film in the franchise to play to an audience that skewed more male than female, albeit by a small margin, with males making up 51% of the opening weekend audience compared to 45% and 47% for the last two films. It also skewed slightly younger with 39% of the overall audience coming in aged 25 or older compared to 51% and 44% for its predecessors respectively.

Looking ahead, Using the multipliers for the first two films gives us a range anywhere from $198 million to as much as $277+ million and the film does face genre competition in the relatively near future with Wonder Park opening in three weeks. That said, a $200+ million domestic performance feels like a sure bet at this point, which is great news for Universal with their first release since acquiring DreamWorks Animation back in 2016 for $3.8 billion not to mention Hidden World carries the lowest price tag among the three films in the franchise, coming in with a reported budget of $129 million vs. $165 million for the original and $145 million for the first sequel.

And while the second film may not have lived up to its predecessor domestically, it more than made up for it overseas, outperforming the first film by more than $167 million internationally and The Hidden World appears to be following suit. After opening in just two markets six weeks ago, the film entered its seventh weekend in international release this weekend and is now playing in 53 territories including nine new markets this weekend. Leading the weekend charge was a #1 opening in Russia with $11.2 million followed by Spain where it also debuted atop the charts with an estimated $2.8 million. The film’s top market is the UK where it has brought in over $20 million so far. Next weekend it continues its rollout with a March 1 debut in China followed by an August 23 release in Japan. The film has so far brought in $216.9 million overseas for a global tally that is currently just shy of $275 million.

In second place is Fox‘s Alita: Battle Angel, which managed to outperform expectations last weekend, but this weekend suffered a setback. The film dipped a healthy -58% in its sophomore frame for a $12 million three-day, for a domestic total topping $60 million after 11 days in release. Internationally the film faired a bit better, debuting in China with an estimated $62.2 million for a #1 finish and contributing a significant portion of its overall $92.4 million overseas weekend. At this point Alita has brought in over $202 million internationally for a global cume totaling more than $263 million.

Warner Bros. pulled into third position with The LEGO Movie 2, but it also found itself struggling in the face of the newest Dragon feature as it dipped -52% this weekend for an estimated $10 million three-day and a 17 day cume now totaling $83.6 million. Internationally, the film is also struggling, adding just $10.3 million from 73 markets this weekend for an international cume that now stands at $53 million. Overall the global tally stands at $136.6 million with Australia remaining the lone market yet to release, where the film will debut on March 21.

In fourth position we come to MGM‘s expansion of the comedic drama Fighting with My Family. After opening in four theaters last weekend the film expanded into 2,711 locations this weekend and delivered a $8 million performance.

WB‘s release of New Line‘s Isn’t It Romantic rounded out the top five with an estimated $7.5 million, pushing its domestic cume approaching $34 million.

Elsewhere in the top ten, STX‘s The Upside took in and estimated $3.2 million this weekend for a cume that is now just shy of $100 million, a milestone the film will most likely surpass on Monday. Internationally, the film has taken in $10.8 million from 52 markets released so far.

Rounding out the top ten is Roadside‘s release of the Tim Tebow-produced Run the Race, which debuted in 853 theaters with an estimated $2.27 million. The film played to a crowd that was 53% female with 77% of the overall audience coming in aged 25 or older.

Next weekend sees the release of Focus‘s thriller Greta in ~2,000 theaters while Tyler Perry returns with his latest Madea feature in A Madea Family Funeral, debuting in ~2,350 theaters. 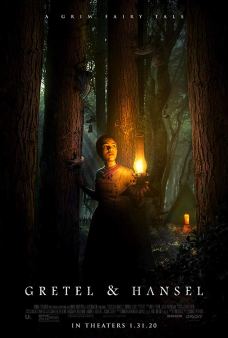