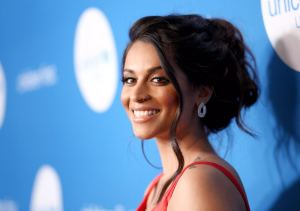 NBC last night announced who’ll be filling Carson Daly’s slot on their late night programming, and the choice is both unexpected and inspired. Comedian Lilly Singh, who rose to fame on YouTube, will host a new late-night show for NBC called A Little Late with Lilly Singh. The show will air in the 1:35am ET/PT time slot previously filled by Last Call with Carson Daly, which was cancelled last month after a 17-year run.

Per TV Line, A Little Late with Lilly Singh will “feature her conducting in-studio interviews along with creating and starring in pre-taped comedy sketches and other ‘signature segments’”. The show will debut in September, so she’s got a lot of prep time ahead of her.

With A Little Late, Singh will become the first female late night host in broadcast network television history. Joan Rivers did host the short-lived The Late Show for FOX in 1986, but at the time FOX was a new network and was not carried by all affiliates, thus not considered “broadcast.” Indeed, Rivers’ friend Johnny Carson—host of The Tonight Show—was so incensed that Rivers was defecting to FOX that he never spoke to her again, and her tenure on The Late Show was short-lived due to sagging ratings and a struggle to get affiliates to pick up the show.

Singh’s prime placement on NBC cannot be overstated, however, and it’s genuinely nice to see the network choosing someone like her to take over for Daly given the late-night genre’s “boys’ club” feel for decades.