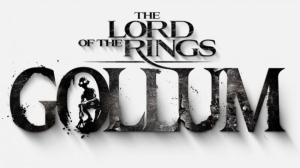 German developer Daedalic Entertainment have announced its upcoming title, The Lord of the Rings: Gollum, a narrative focused adventure game that will center around the dual personality hobbit.

Releasing in 2021, the game will focus on the character after he has acquired the One Ring but before the events of The Lord of the Rings.

Talking to The Hollywood Reporter, CEO and co-founder of Daedalic Entertainment, Carsten Fichtelmann, explains the decision to choose Gollum as the main character: “You already have that big conflict in the character, two voices talking to you continuously, which means there is a good reason there are decisions to make in the game: the Smeagol decisions or the Gollum decision.”

There are little details about the game so far, but Daedalic aim to release The Lord of the Rings: Gollum in 2021 for PC and “all relevant console platforms at that time” – could this mean they are aiming for next generation consoles? The 2021 release date also coincides with Amazon’s Lord of the Rings television series.