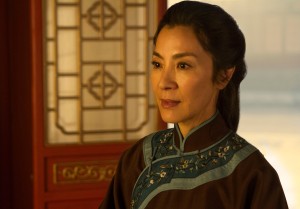 “Throughout her career, Michelle has always created unique and memorable characters.  I look forward to working with Michelle to do the same thing on the Avatar sequels,” Cameron said in a statement.

The first of the planned “Avatar” sequels, four additional films in all, will arrive in theaters Dec. 18, 2020.

Yeoh joins the existing cast returning from the first “Avatar” film, including Sam Worthington, Zoe Saldana, Sigourney Weaver and Stephen Lang in the journey back to Pandora, the planet of the giant blue alien creatures the Na’Vi. Among the new cast members are Edie Falco, Kate Winslet, Oona Chaplin, David Thewlis and Giovanni Ribisi.

Yeoh will next be seen in Paul Feig’s “Last Christmas” alongside Emilia Clarke and Henry Golding and in Joe Carnahan’s “Boss Level.”

She is represented solely by her manager David Unger.