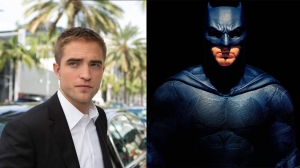 Last month’s casting of Robert Pattinson as our new Dark Knight was quickly followed by a rumor about the villains set to feature in The Batman, which suggested that Matt Reeves is planning on introducing SIX members of the Rogue’s Gallery including The Penguin and Catwoman.

While all this villain talk is unconfirmed at present, we may now know the identity of the other four bad guys, with Geeks Worldwide reporting that The Riddler and Firefly are both set to feature, and Discussing Film adding Two-Face and The Mad Hatter to the list.

Alleged casting breakdowns for the villains suggest that Reeves and Warner Bros. are looking for the following:

Now, as we’ve said before, if this info is legit, it’s highly unlikely that all six of these characters will feature in significant roles, and one would assume that at least two or three will be little more than cameos, or setups for a future sequel.