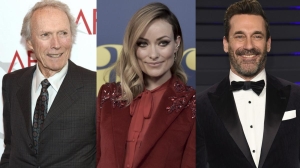 Olivia Wilde (Vinyl) and Jon Hamm (Mad Men) have become the latest additions to the cast of Clint Eastwood’s Richard Jewell, a drama based upon the real-life story of a security guard whose life was thrown into disarray after being falsely named by the media as a suspect in the 1996 Atlanta Olympics bombing.

Paul Walter Hauser (I, Tonya) is on board to portray the titular Jewell, with Kathy Bates (Misery) as his mother and Sam Rockwell (Three Billboards Outside Ebbing, Missouri) as his attorney. Wilde will portray Kathy Scruggs, a reporter who covered the event during its unfolding, while Hamm is playing an FBI agent investigating the bombing.

Olivia Wilde is coming off her critically acclaimed directorial debut Booksmart, while Hamm is currently appearing in Amazon’s Good Omens alongside David Tennant and Michael Sheen. He’ll next be seen on the big screen opposite Sandra Bullock in the astronaut drama Lucy in the Sky.