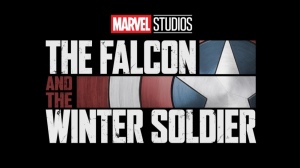 We finally know a little something about The Falcon and the Winter Soldier, Marvel’s new streaming series for Disney Plus. The first details were revealed during the Marvel panel at San Diego Comic-Con where both Sebastian Stan and Anthony Mackie were present, with Mackie holding the Captain America shield on-stage.

Sam Wilson, played once again by Anthony Mackie, is the new Captain America, after old-Steve handed the star-spangled shield off to him, and he’s teamed up with Sebastian Stan’s Bucky to form a crime-fighting duo.

The Falcon and Winter Soldier is likely set sometime after Spider-Man: Far From Home in the MCU’s timeline, but we don’t know exactly when. Zemo, the villain from Captain America: Civil War, is back for the series and this time he’ll be wearing his iconic purple mask from the comics. Zemo will be played by Daniel Bruhl who played him in Civil War.

According to Variety, the show is written by Malcolm Spellman (Empire). The Wrap reported earlier this month that he would be joined by John Wick writer, Derek Kolstad. Meanwhile, Deadline has reported that Kari Skoglan (The Handmaid’s Tale) will direct all six of the series’ episodes, but none of those things were confirmed during the Comic-Con panel.

The show will be exclusively available on Disney’s new Disney Plus streaming service, which launches on Nov. 12, but isn’t expected to be part of the initial offerings, instead due sometime in fall 2020.