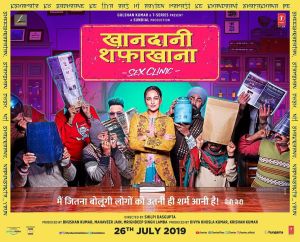 Synopsis – A feisty girl from Punjab is forced to run a sex clinic to help and aware others in her hometown.

My Take – As the thinking process of our still regressive Indian society is slowly but steadily moving towards change, filmmakers are finding right opportunities to break into more taboo ground, especially by discussing about the importance of sexual heath while being enveloped in the cover of an entertaining film, hereby creating the much needed impact.

There is just so much of this territory that can be further explored. Hence debutante director Shilpi Dasgupta‘s film was highly anticipated since the interesting trailer left quite a mark for the excitement. The film seemed to view the whole issues of sexual health, bloopers and misadventures through a family gaze and raised points on why the talk of sexual health should not be considered a forbidden topic. And to place a woman at the center of a film about a Unani sex clinic in an orthodox small town seemed like a stroke of genius.

Unfortunately, other than that film ends up being just a wasted effort. Mainly as the necessary dramatic quotient is lacking and the attempts at humor, a critical element in such films, fall terribly flat.

While the film does stay true to its promise of dealing with a tricky subject without getting icky at any point, it’s a pity how the screenplay does not provide the director and his team of actors enough opportunity to fly with a story that is delightfully quirky, hereby making this a lost opportunity. 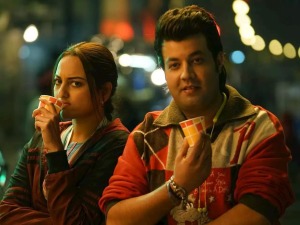 The story follows Baby Bedi (Sonakshi Sinha), a medical representative from the town of Hoshiyarpur, who dreams of setting up her herbal medicine business, but is bogged down by the debts of her struggling lower middle class family. Her life takes a quick turn when her estranged now deceased uncle, Hakeem Tarachand (Kulbhushan Kharbanda), leaves his sex clinic, which sits on a prime property, solely to her name.

However, the biggest condition of his will is that she has to run the clinic for six months without inconveniencing his regular patients, before she can sell it, leaving her in a soup. Mainly as she is not a qualified Unani doctor and worse, her late uncle’s practice was frowned upon not just by society at large but also by her own family.

With the thought of her parental home being sought-after by her vulture Uncle, and the dependency of her mother (Nadira Babbar) and her good for nothing brother Bhooshit Bedi (Varun Sharma) in her mind, Baby agrees that she is left with no choice. While she receives occasional help from the kind and good looking neighborhood lemonade seller (Priyansh Jora), Baby takes on the challenge and responsibility, and goes down a path of self-realization and breaking taboos.

No doubt, the film has an unusual premise and is well-intended, but overall, it does little to surprise the audience. For a film made with an intent to be a family entertainer, it does two revolutionary things. One, it addresses a subject like sex that our Indian society is coy about talking and second, explore a narrative through the lens of a female gaze.

But for a film about sex education/awareness, the conversation about the actual topic is actually quite less. And the promise of the subject is multi-pronged like the agony of men, women and couples with sexual problems in a conservative community, the social squeamishness around sex, the restrictions placed on women, and a general unawareness about Unani medicine among a modern urban audience.

That is a real dampener, as it sinks its teeth into them only in fits and starts. The film lacks the impressive dialogue writing as well as strong boost in the climax. The screenplay is stretched for no specific reasons, it should have altered in both the half of the narrative. The constructive mindset of director Shilpi Dasgupta and typical drama film materials have spoiled the uniqueness of the subject.

Baby as a character gets numerous loving close-ups and is present in nearly every frame, but just doesn’t have the heft or kookiness to make her journey interesting. 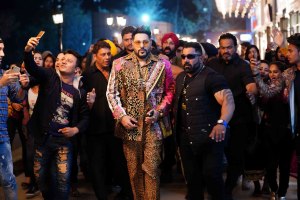 Baby has a tendency to reel off long-winded stories of uncertain provenance as part of her sales pitch, but they go nowhere, just like much of the film.

There is also plenty of potential for comedy here, but director Dasgupta and writer Gaurav Mehra fail to capitalize on it. The subject material is inexhaustible, but, inexplicably, the writer runs out of gags midway through. Films like this work when they are built on fascinating and entertaining bit characters who interact with the lead actor.

However, performance wise, Sonakshi Sinha has done a fabulous job as she plays the lead with an effortless and balanced concoction of innocence, honesty and vulnerability. Here, Sonakshi is sincere and competent even in an underwritten role. Varun Sharma once again slips into his comic bumbling act infusing the much needed laughs but has too short a role. TV actor Priyansh Jora too makes a promising debut. Kulbhushan Kharbanda, Nadira Babbar and Annu Kapoor provide ample support, while, Rajesh Sharma is wasted.

However, the film’s finest creation comes in the form of rapper Gabru Ghatak, played by rap star Badshah in his first screen appearance, who swaggers into view. Playing an extension of himself, Gabru Ghatak is to the film what Tarachand’s hand-crafted powders is to his clients, a much-needed stimulant that makes everything right, unfortunately the film doesn’t use its biggest asset much. On the whole, ‘Khandaani Shafakhana’ is a disappointing comedy drama that under utilizes its important subject and suffers from a wilting script.