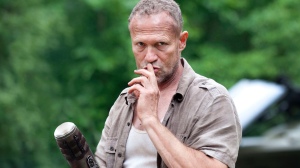 Fast and Furious 9 has been filming for a little while now, but the truth is that it’s never too late to add Michael Rooker to your cast, and that’s exactly what Universal and director Justin Lin have done, as Collider has confirmed that the Guardians of the Galaxy star will be a last-minute addition to the ensemble.

With Dwayne Johnson‘s Luke Hobbs and Jason Statham‘s Deckard Shaw off having their own adventures in the Fast and Furious universe, Vin Diesel has agreed to reprise his patriarchal role as street racing legend-turned-master thief Dom Toretto. Joining him will be familiar faces like Michelle Rodriguez, Tyrese Gibson, Ludacris, Jordana Brewster and Oscar winners Charlize Theron and Helen Mirren, while John Cena is a new addition to the franchise. He’ll no doubt be asked to fill the big shoes vacated by The Rock.

Rooker has been cast as a character named Buddy — I can see it and I dig it — but a description of his character has not been released. I could see him as a tough-talking suit, a la Kurt Russell‘s Mr. Nobody, or a Mack Truck driver, and I love the range of acting possibilities offered by this universe, which hasn’t been to space yet, but might as well go at this point.

Dan Casey wrote the screenplay, based on a story by Lin, who is producing alongside Diesel via their respective banners Perfect Storm Entertainment and One Race Films. Universal will release the action-packed tentpole on May 22, 2020.

I remember when Rooker was best known for his roles in cult favorites like Henry: Portrait of a Serial Killer and Mallrats. These days, he’s best known for playing Chris Pratt‘s blue-faced mentor Yondu in Marvel’s Guardians of the Galaxy, as well as his turn as Merle on The Walking Dead. He’s been on a roll of late — don’t forget how good he was in the most recent season of True Detective — and he’ll soon be seen in Blumhouse’s Fantasy Island, the Dylan O’Brien movie Monster Problems, and Amazon’s upcoming Dark Tower series. Rooker is represented by Gersh and LINK Entertainment, and Deadline broke the news of his casting in Fast 9.