After impressing one and all with their performance in ‘Ek Villain’, Sidharth Malhotra and Riteish Deshmukh are back together yet again for a revenge saga, ‘Marjaavaan’. After keeping the audience waiting for a long time, the makers today unveiled the first look posters of the film and it is sure to leave your thrilled. In one of the three posters, Sidharth can be seen all blood-soaked, walking with a gun in his hand. While in the backdrop, there is a figurine of Ravan with his ten heads. The tag-line for this poster reads, ‘Ishq Mein Maaroonga Bhi, Maroonga Bhi’. 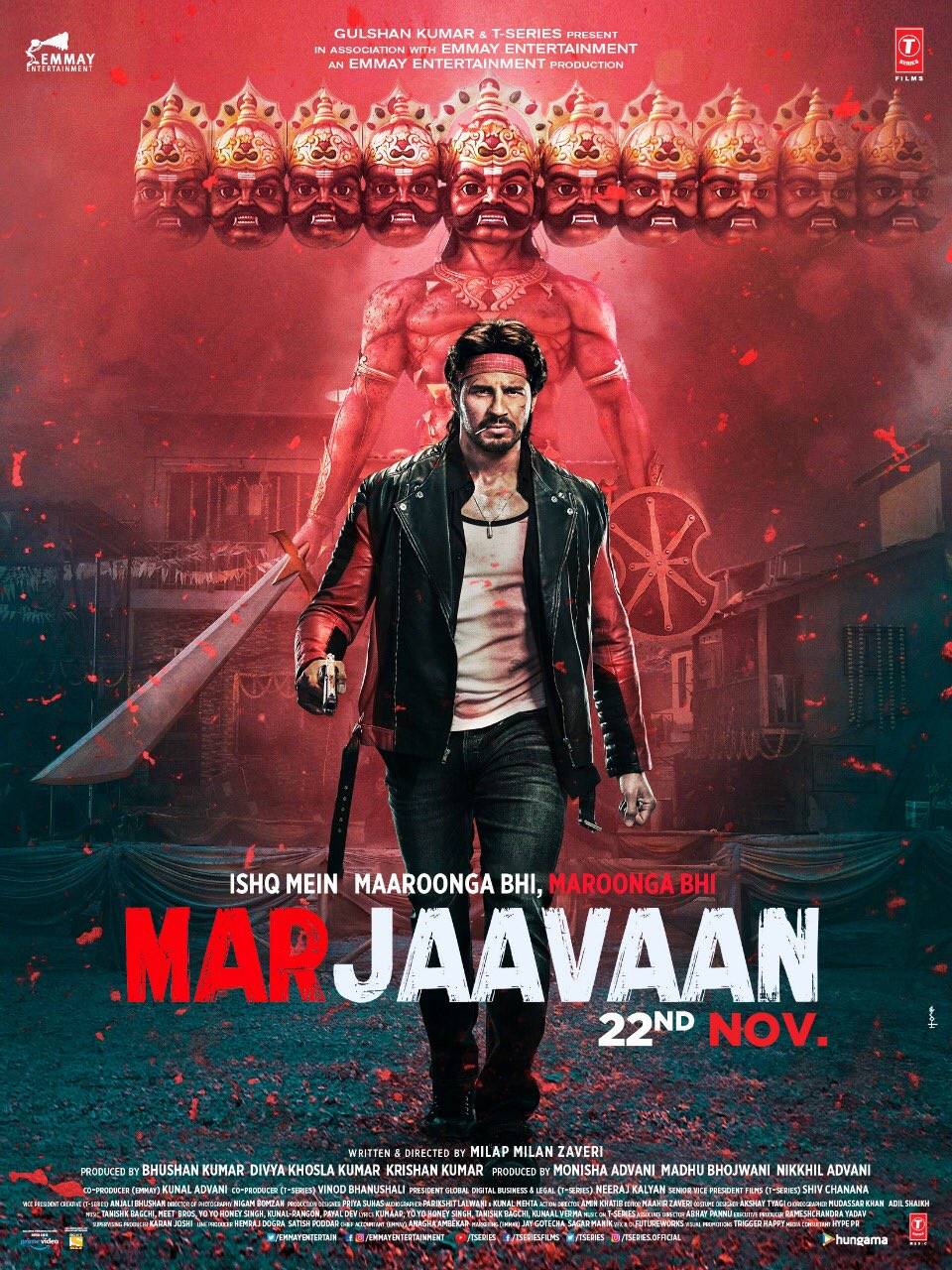 Second poster features Riteish Deshmukh in a never-seen-before avatar. Riteish can be seen playing the character of dwarf, walking menacingly with a gun. The tag-line on this poster reads, ‘Kamineypan Ki Height Teen Foot’. 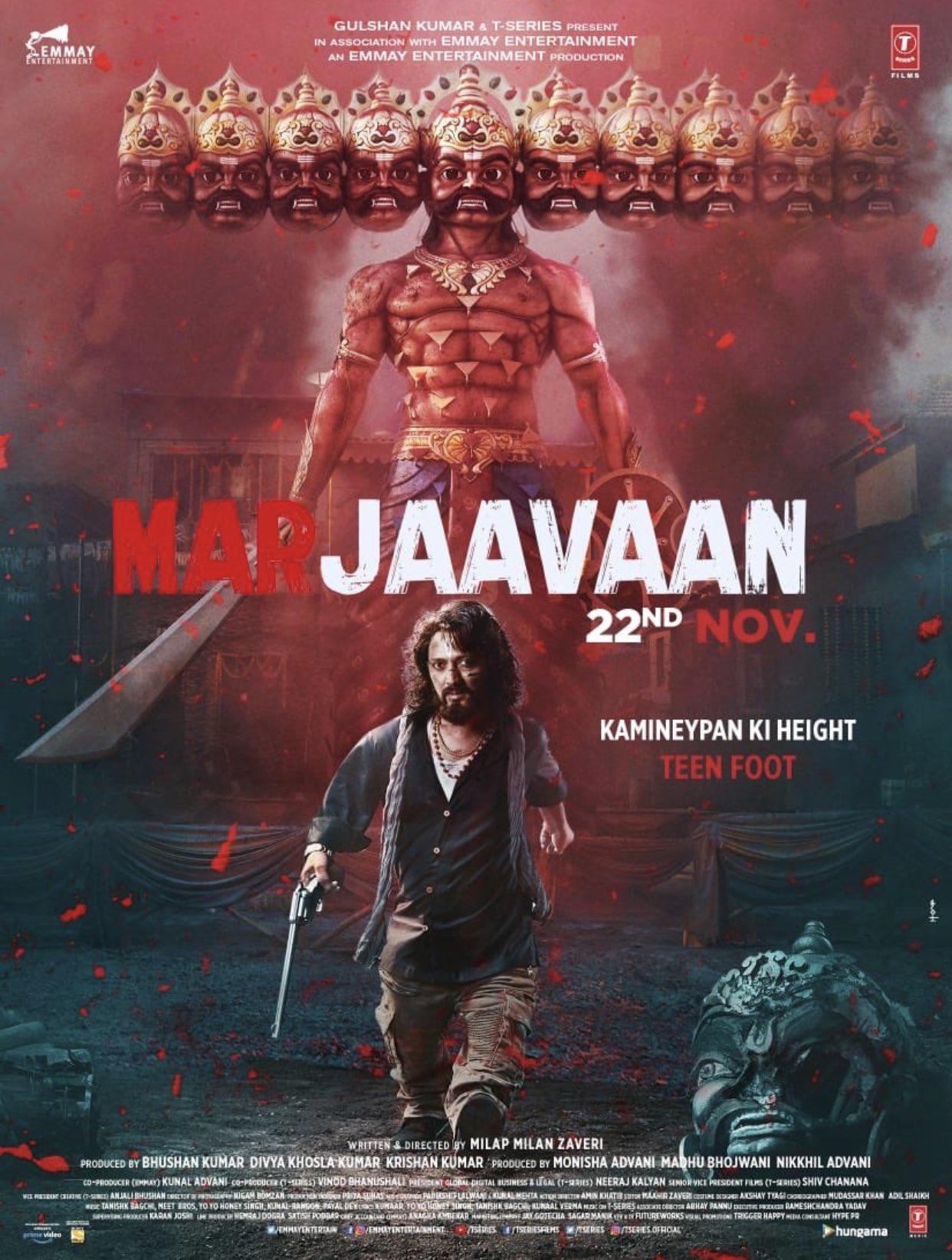 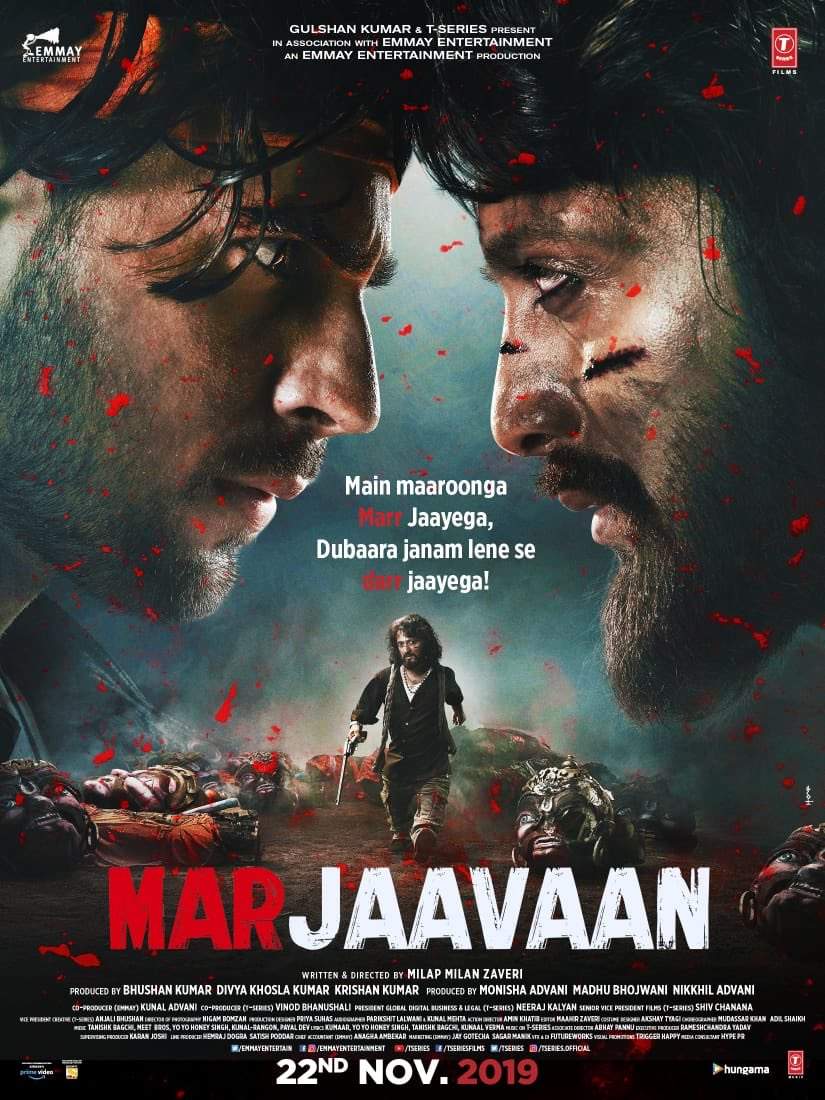 The makers of the film have also announced the release date of the film. ‘Marjaavaan’ will now release on November 22, 2019.

The film’s co-producer Nikkhil Advani told Mumbai Mirror, “It is important that we give Marjaavaan a suitable release. We’re proud of Milap’s inimitable filmmaking style and unique language that we expect will exceed audience expectations.” On the other hand, co-producer Bhushan Kumar added, “The film needs this kind of VFX especially with Riteish as a dwarf.”

via Times of India