The first poster for the Disney+ Marvel team-up series The Falcon and the Winter Soldier was on display at the D23 Expo this past weekend and sees Anthony Mackie sporting a new costume which appears to take some inspiration from the Captain America: Sam Wilson comic book series, along with a more clean-cut look for Sebastian Stan’s Bucky Barnes; check it out here: 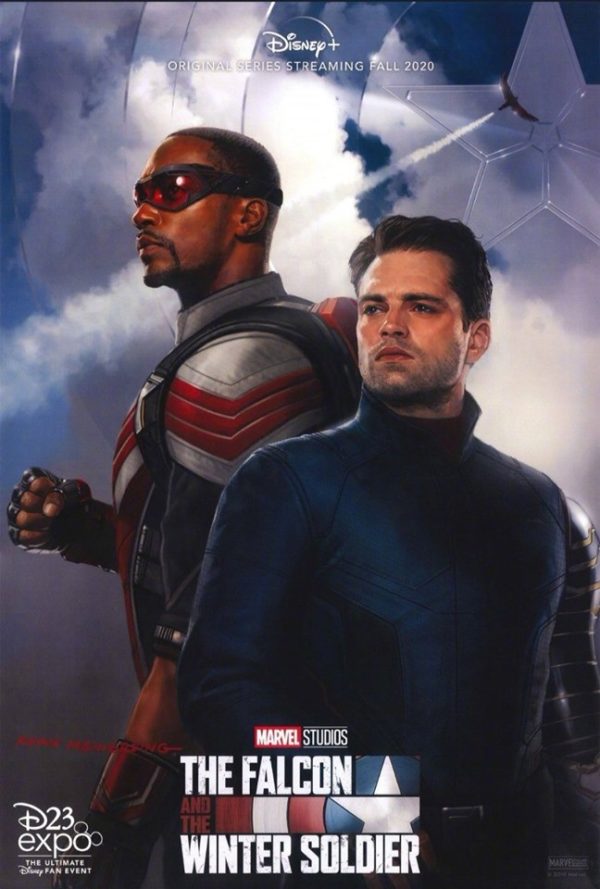 Marvel’s The Falcon and the Winter Soldier is slated to premiere on Disney+ in the Fall of 2020, and will also feature MCU returnees Emily VanCamp as Sharon Carter and Daniel Bruhl as Helmut Zemo, along with franchise newcomer Wyatt Russell as U.S. Agent.