As we await the arrival of the main trailer for Star Wars: The Rise of Skywalker (which has been classified by the BBFC, and will presumably arrive online sometime before Force Friday on October 4th), we now have a look at some Rise of Skywalker promotional artwork thanks to the covers for the latest issue of Star Wars Insider, which showcases Kylo Ren, the Knights of Ren, various First Order troopers and TIES, and the new Sith Troopers. 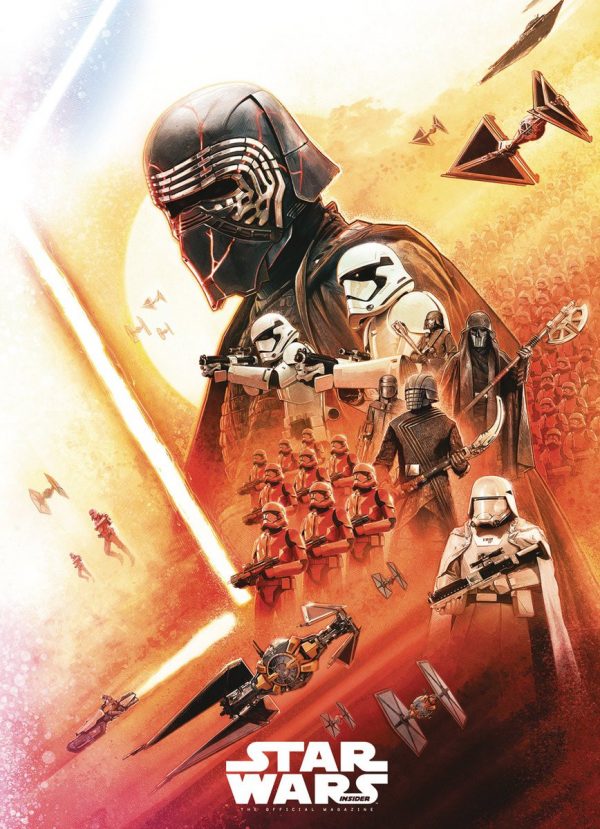