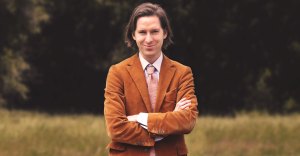 We previously reported that Wes Anderson’s next movie would be titled The French Dispatch and would be “a love letter to journalists set at an outpost of an American newspaper in 20th century Paris and centers on three storylines.” Fox Searchlight, who has acquired the film for distribution, has now sent out a press release confirming the title and specifying that the plot is “a love letter to journalists set in an outpost of an American newspaper in a fictional 20th-century French city.” The film is slated for a 2020 release, and I’ll be curious to see where it lands on the calendar. Anderson’s last two movies, Isle of Dogs, and The Grand Budapest Hotel, were both released in March after premiering at the Berlin Film Festival. Grand Budapest was Anderson’s most successful film to date, but Isle of Dogs failed to find the same footing.

Fox Searchlight has also announced the full cast for the film. The French Dispatch stars Benicio Del Toro, Frances McDormand, Jeffrey Wright, Adrien Brody, Timothée Chalamet, Léa Seydoux, Tilda Swinton, Mathieu Amalric, Lyna Khoudri, Stephen Park, Owen Wilson, and Bill Murray. That’s a fun collection of new and returning actors for Anderson, and since this sounds like an anthology movie of sorts (the movie will show stories published in The French Dispatch newspaper), it should be a delightful ensemble.

This is the fifth film Fox Searchlight has distributed for Anderson following Isle Of Dogs, The Grand Budapest Hotel, Fantastic Mr. Fox and The Darjeeling Limited. It’s been a good relationship for both Anderson and the studio, and while Fox Searchlight is now owned by Disney, I doubt that will have any major changes for the movie or the way Fox Searchlight sells it.