Ittefaq helmed by first time director Abhay Chopra is a murder mystery/whodunit and a contemporary adaptation of the 1960’s classic by the same name. The film is a collaborative product of three leading studios in India, Red Chillies Entertainment, BR Studios & Dharma Productions. Ittefaq is a tightly paced thriller of 100 minutes and revolves around the two suspects – Vikram (Sidharth Malhotra), an acclaimed writer and Maya (Sonakshi Sinha), a young homemaker, each of who have their own versions about the events of that fateful night, but there can only be one truth. Out to solve this mystery is inspector Dev played by (Akshaye Khanna), who won a lot of critical acclaim for his tough cop act in the film. 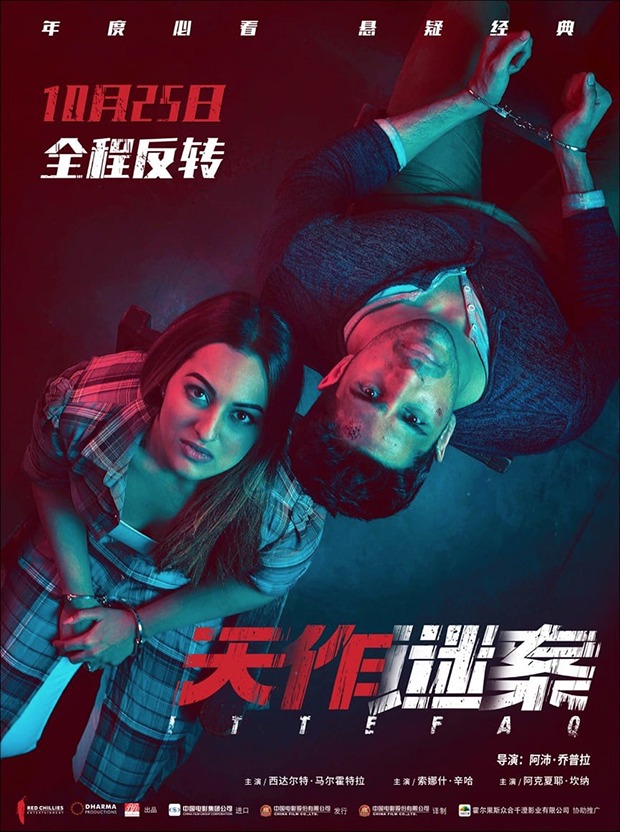 “Ittefaq garnered a great response in India and now we are proud to take it to viewers in China. As a filmmaker, it’s an honor to be able to share this story with a new audience. Cinema has the ability to transcend languages and cultures, we hope the film resonates with the audiences and look forward to entertaining more people”, says, Director, Abhay Chopra.

Ittefaq released in India on November 3rd, 2017, keeping in mind the whodunnit genre of the film, the makers went to great lengths to keep the mystery around the 100-minute thriller. ‘Say No To Spoilers’ campaign was launched which encouraged everyone to not give away the ending of the movie so that everyone can enjoy the suspense/reveal in the end. Also, for the first time ever the lead actors of the movie weren’t included in the promotions, to maintain the mystery around the characters and the storyline. 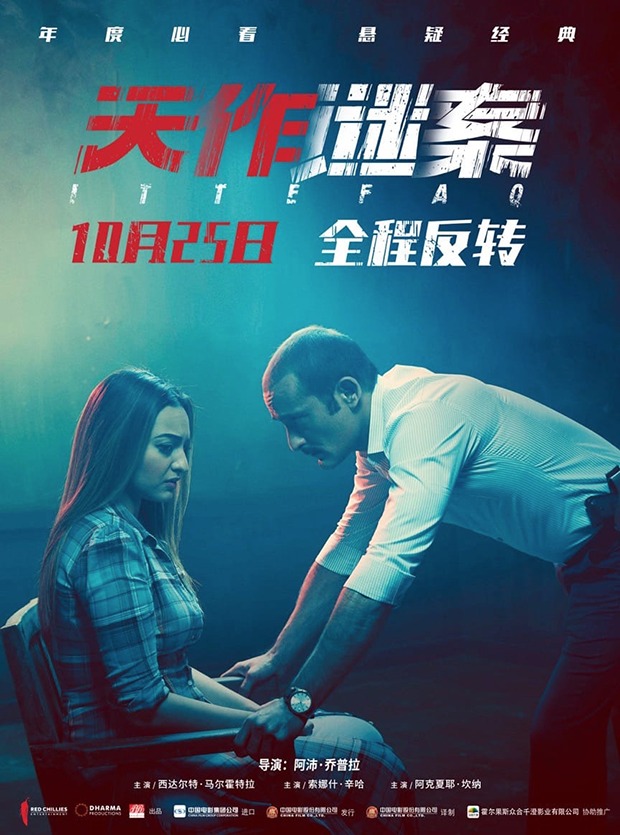 Ittefaq produced by Red Chillies Entertainment, BR Studios, and Dharma Productions will release across cinemas in China on October 25th, 2019.