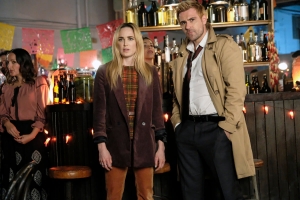 Somewhat lagging behind the other Arrowverse series this year, Legends of Tomorrow has finally revealed its season 5 premiere date through a new poster. The show will be back on Tuesday, January 21st, 2020, after presenting a special episode a week earlier to wrap up the highly anticipated “Crisis on Infinite Earths” arc.

We know the season 5 premiere will be called “Meet the Legends,” suggesting that this year will be something of a soft reboot for Legends of Tomorrow after the confirmed departure of Brandon Routh and Courtney Ford as series regulars. This summer saw the news that Astra Logue will be season 5’s big bad as well, the aged up version of the girl that John Constantine condemned to Hell. We also know that Matt Ryan’s Constantine will again be a series regular, and that Tala Ashe is going to be tackling a new version of Zari. Routh and Ford are, however, not departing until midway through the season, so it seems that we’ll be getting a suitably effective send-off for both characters.

The new Legends of Tomorrow poster, which you can catch below, shows off the familiar faces of Nick Zano’s Nate Heywood, Tala Ashe’s Zari, Dominic Purcell as Mick Rory, Caity Lotz as Sara Lance, Routh’s Ray Palmer, Maisie Richardson-Sellers as Charlie and Ryan’s Constantine. The symbol-infused backdrop to the poster certainly seems to be hinting at another magic-themed season, which ties into the role of Astra on the series. Furthermore, Caity Lotz revealed earlier this year that Sara will be getting a superpower, while the show was reportedly casting around for a “Jack Sparrow/Russell Brand” type this summer. 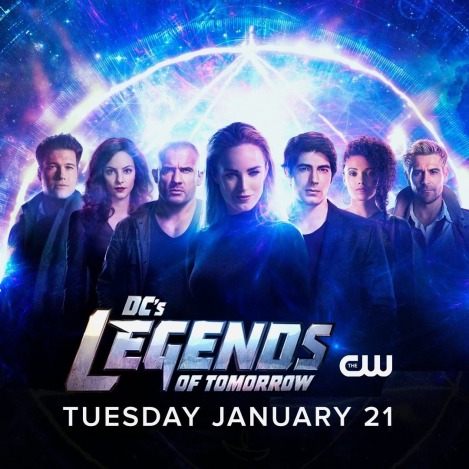 The wait for new Legends of Tomorrow can at least be made easier by the surplus of Arrowverse content on our screens at the moment, as well as planned new series and the looming “Crisis on Infinite Earths” mega-event, which just released its first trailer. Given that the crossover will end on Legends of Tomorrow, we wouldn’t bet against the finale having an impact on that series’ fifth year.

via We Got This Covered