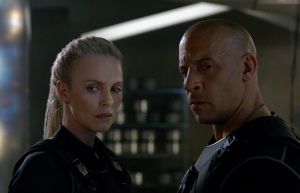 Fans of the Fast & Furious franchise have something new to get excited about. Not only is a ninth movie on the way, and however many spinoffs Universal can conjure up, but the Furious people have announced that a trailer is coming. And it’s coming in the most grandiose of fashions.

A live concert will be held in Miami, Florida on Friday, January 31, 2020 featuring performances from Cardi B (who is in the movie), Wiz Khalifa, Charlie Puth, Ozuna, and Ludacris (also in the movie). Cast members will be in attendance as well. The trailer for Fast & Furious 9 will premiere at the event. It’s going to be a big weekend for Miami. Just two days later, the city (and Hard Rock Stadium) will play host to Super Bowl LIV.

The last we saw the team, in 2017’s The Fate of the Furious, they were in Russia averting a nuclear war, despite Cipher (Charlize Theron) getting away. This ninth film, whose plot is still being kept under wraps, is directed by Justin Lin, who previously helmed The Fast and the Furious: Tokyo Drift, Fast & Furious, Fast Five, and Fast & Furious 6, if you’re scoring at home. He’s also rumored to be directing Fast & Furious 10! This one will star franchise veterans Vin Diesel, Michelle Rodriguez, Tyrese Gibson, and Jordana Brewster. Theron will be returning to reprise her Cipher role, as will Helen Mirren, last seen in Hobbs & Shaw. John Cena and Michael Rooker will also be joining the cast.

According to the Fast & Furious Twitter page, invitations for the concert are out to the franchise’s biggest fans. You can sign up for an opportunity to be selected here.

And here’s the official announcement and concert poster.

The Fast Saga continues. YOU’RE INVITED to join the cast at The Road to #F9 Live Concert & Trailer Drop in #Miami Friday, January 31, 2020. Featuring musical performances by @iamcardib, @wizkhalifa, @charlieputh, @Ozuna_Pr, and @Ludacris. Click below to see how you can attend.

There’s no end in sight for these movies. And why would there be? Having grossed $5.8 billion worldwide, the franchise is a cash cow. No clear thinking executive ever puts a cash cow to death, as is evidenced by every modern studio who finds a hit.