We finally have a name for Imtiaz Ali‘s upcoming romance drama. Titled Love Aaj Kal, Kartik Aaryan and Sara Ali Khan are the millennial couple in Imtiaz’s 2020 version of the film. The trailer will be out tomorrow. 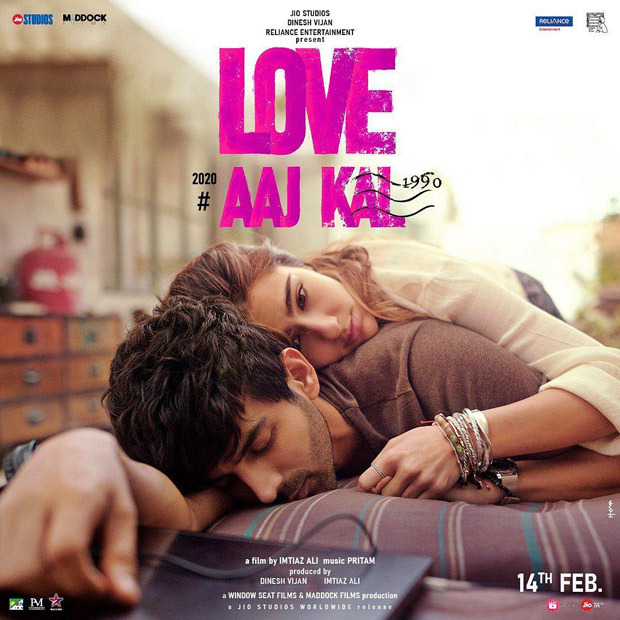 Imtiaz Ali shares his take on love in the modern times with a dash of nostalgia. Love Aaj Kal presents a contemporary and relatable portrayal of two stories set in different times that interact to learn (or perhaps unlearn!) from each other the different facets of love, commitment, and relationships.

In the first poster, it is revealed that Kartik Aaryan plays Veer and Sara Ali Khan is Zoe in this romance drama. Sara is resting her head on Kartik’s back in the first look of the film. Imtiaz captioned it, “Meet Veer & Zoe, captured in their element. It’s in these simple, candid moments that love plays peekaboo, right? #LoveAajKal.”