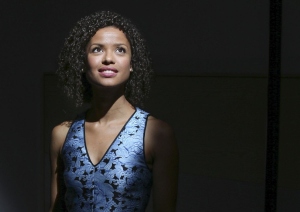 Loki, the upcoming Disney+ series about everyone’s favorite trickster god, has just added The Morning Show actress Gugu Mbatha-Raw to the cast in an undisclosed role, as reported by The Hollywood Reporter. She joins Tom Hiddleston, Owen Wilson and Sophia Di Martino in the Marvel show, which will follow Hiddleston’s title character after the events of Avengers: Endgame. Meaning the Loki in the series will be the one from an alternate universe, and not the one who died at the beginning of Avengers: Infinity War. (I know – pretty standard comic book stuff.)

Almost no details are known about the series, which is currently filming for a targeted premiere date in early 2021. According to THR, the plot might center around Loki traveling through important periods of Earth’s history, with a possible tie-in to the upcoming Doctor Strange and the Multiverse of Madness. Another Disney+ Marvel series, WandaVision starring Elizabeth Olsen and Paul Bettany, is also expected to tie-in with the universe-bending feature.

Mbatha-Raw is no stranger to the wonderful world of Disney. She recently appeared in A Wrinkle in Time as Dr. Kate Murry, and in the live-action Beauty and the Beast as Plumette, the maid-turned-feather-duster. In addition, she also starred in one of the best Black Mirror episodes, “San Junipero”, which won two Primetime Emmys.

Loki (the series, not the character or the Norse god) was created by Rick and Morty writer Michael Waldron, who is also serving as executive producer and wrote the pilot episode. Waldron wrote the episode “The Old Man and the Seat”, about Rick’s secret space toilet, so with any luck a space toilet will feature heavily in the upcoming Marvel series. But in all seriousness, Waldron’s involvement lends even more credit to the idea that Loki will be a weird, twisty narrative that crosses multiple timelines and dimensions.