While we may have to wait until 2021 to find out just what the secrets are in HBO Max’s animated prequel series Gremlins: Secrets of the Mogwai, one of them has already slipped out. It seems as if film franchise director Joe Dante will indeed be consulting on the series. That should come as great comfort for fans of the original 1984 Christmastime horror-comedy and its uproariously raucous sequel in 1990.

In a chat with Daily Dead for his latest work as an executive producer on Andy Palmer‘s Camp Cold Brook, Dante confirmed that he’s consulting on the animated series and gave us a peek behind the curtain. Here’s what he had to say:

I’m consulting on it … It’s good. It’s going to be good, yeah. I’m very pleased with the way it’s going … It’s a prequel. It goes back to the character Mr. Wing when he was a boy, and when he first discovered the Mogwai. It’s set in China in the ’20s, and it’s animated and it’s very big in the sense that if you tried to shoot it as a theatrical film, it would be outrageously expensive. But in animation, you kind of get away with almost anything you can think of. And it’s probably not going to be done until 2021 or maybe the end of 2020. It’s for HBO Max, a new streaming variant of HBO.

Gremlins: Secrets of the Mogwai will be produced by Amblin Television in association with Warner Bros. Animation. The series will be written by Tze Chun (Children of Invention, Gotham) and executive produced by Darryl Frank (The Americans, Animaniacs, Amazing Stories), Justin Falvey (The Americans, Animaniacs, Amazing Stories) and Sam Register (Teen Titans Go! and the upcoming series Animaniacs) with Chun and Brendan Hay (Dawn of the Croods, Robot Chicken, Harvey Girls Forever) serving as co-EP. Dan Krall (Coraline, Scooby-Doo!) will serve as supervising producer.

In the animated television adaptation, we travel back to 1920s Shanghai to reveal the story of how 10-year-old Sam Wing (future shop owner Mr. Wing in the 1984 movie) met the young Mogwai called Gizmo. Along with a teenage street thief named Elle, Sam and Gizmo take a perilous journey through the Chinese countryside, encountering, and sometimes battling, colorful monsters and spirits from Chinese folklore. On their quest to return Gizmo to his family and uncover a legendary treasure, they are pursued by a power-hungry industrialist and his growing army of evil Gremlins.

March Releases in the U.S / India 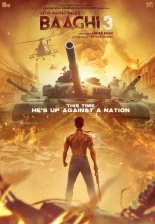 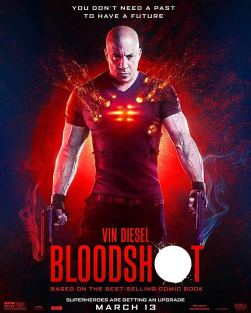 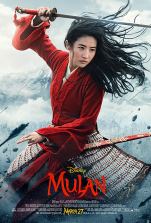