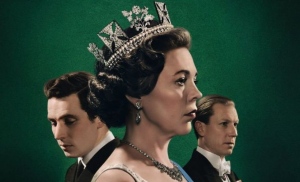 Keep Calm and Carry On. That seems to be the mantra behind the final week of production for Season 4 of Netflix’s royal series The Crown. We don’t yet have a release date for the new season, which continues exploring the world-famous lineage of the UK’s ruling class, but it sounds like everything’s on track and on schedule.

Deadline reports that The Crown will continue production on Season 4 with Left Bank Pictures opting to tie up the final bits of footage. That should come as good news for fans of the series and for Netflix in general. The streaming giant has reportedly been in discussions with independent producers as to whether or not their productions need to take a hiatus while the COVID-19 pandemic situation evolves. Netflix recently pushed pause on The Witcher for two weeks in the UK, but that’s just a drop in the bucket of worldwide content creation. Expect your normal TV and movie schedule to be shaken up quite a bit in the weeks and months ahead … just not for The Crown.

Claire Foy returns for Season 4 as Queen Elizabeth II, as will Olivia Colman, in a story that will pick up in the 1980s. Expect the introduction of Princess Diana and the UK’s first female Prime Minister, the late Margaret Thatcher. This season will also introduce Prince William and Prince Harry. Gillian Anderson is set to star as Thatcher with Emma Corrin (Pennyworth) playing Diana. Here’s what Anderson had to say about her role:

“I am so excited to be joining the cast and crew of The Crown and to have the opportunity to portray such a complicated and controversial woman. Thatcher was undoubtedly formidable but I am relishing exploring beneath the surface and, dare I say, falling in love with the icon who, whether loved or despised, defined an era.”