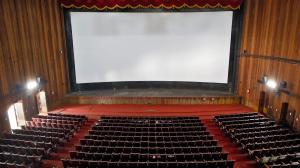 The reason for the closure is not explicitly known, but it’s presumably due to coronavirus concerns. China was of course the first country to combat the deadly virus and suffered major losses, but the hope was that restrictions could finally be eased in the coming week or so.

China’s national film bureau did not give a timetable for when theaters could re-open again. Most theaters have been closed since late January, but China has been making big plans to draw people back to cinemas when they re-open. They plan on exhibiting a 4K 3D restoration of Harry Potter and the Sorcerer’s Stone, along with re-releases of Avatar, Inception, Interstellar, and all four Avengers movies.

All eyes were on this re-opening to get a preview of what the U.S. might look like once theaters are re-opened. All major chains in the U.S. shuttered in March over coronavirus concerns, and without a timetable for when they might re-open, major studios have delayed big blockbuster releases. Films like Black Widow and A Quiet Place Part II still don’t have new release dates, while Wonder Woman 1984 was recently shifted from June to August in the hopes that theaters will be back up and running by then.

But given this new update from China it appears as though it could be slow-going to get theatrical exhibition up and running again. That’s a full two months that Chinese theaters have been closed, with no end in sight, so we’re probably looking at mid-May at the very earliest for U.S. theaters to open up their doors. Obviously public health and safety comes first, and whatever social distancing actions need to be taken should be taken, but it’s certainly a bummer to see theaters closed for so long.