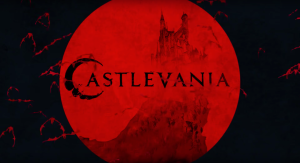 Netflix has revealed that Castlevania will be back for a fourth season. This news comes less than a month after the release of Castlevania season 3, which featured some major developments for its characters. Trevor Belmont and Sypha faced sobering tragedy after a period of happiness, and learned that Dracula may not be quite as dead and gone as they hoped. Alucard began a monstrous transformation after a betrayal, while Hector struggled to adjust to his new captivity and Isaac continued to wage Dracula’s misanthropic war on his own terms.

Netflix revealed the news on Twitter with a short video featuring Isaac’s magic mirror. The news is welcome but not unexpected after the third season’s plot was laid out very much like a middle chapter. Still, it’s encouraging to see Netflix break from its traditional three season model. Check out the tweet below:

Castlevania continues to be one of the best video game adaptations out there and the third season took the show in some new and exciting directions. It expanded the world significantly through the introduction of characters like Sala, Saint-Germain, and Carmilla’s vampire court, displayed some of the show’s most nuanced mixes of good and evil, and put together its most impressive action to date. The third season was the show’s best yet and fans should be overjoyed to know that Castlevania won’t be ending any time soon.