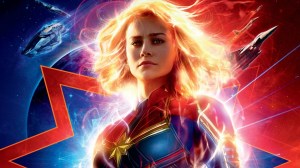 Marvel Studios has finally set a Captain Marvel 2 release date, as fans can now expect a sequel to Marvel’s first female-led superhero movie to arrive in 2022. The announcement came as part of a major shift in the release date calendar for a number of Disney movies on account of the coronavirus shutdown. Mulan now arrives in July (hopefully), Artemis Fowl is going straight to Disney+, and Black Widow—originally set to open in May—has been pushed back to November.

As for Captain Marvel 2, the superhero sequel will fly into theaters on July 8, 2022, taking the slot of the previously untitled Marvel movie that was originally set to open July 29, 2022.

The first details for Captain Marvel 2 arrived earlier this year. Anna Boden and Ryan Fleck, who directed the first movie, are not expected to return. Megan McDonnell is reportedly being eyed to write the script, while the hunt for a new director is also on.

Captain Marvel was a prequel set in the 1990s as it told the origin story of the titular hero, played by Brie Larson. This follow-up will take place in present day, and it’ll be interesting to see how Captain Marvel fits into the MCU. She’s the most powerful being in the entire universe, and came in handy in Avengers: Endgame when it came time to defeat Thanos. But she’s also been busy traveling around the universe fighting other fights.

Some have theorized that Marvel is gearing up to tackle the Kree vs. Skrull war in these next few phases of storytelling, and if so Captain Marvel 2 would be an important piece of that puzzle.

Now that when know when the sequel arrives, it’s time to speculate on who will direct. Will Marvel go big as they have been lately, making hires like Sam Raimi? Or will it be an up-and-comer?