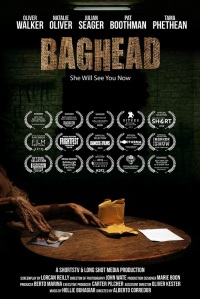 Rising genre writer Christina Pamies has been tapped to pen the adaptation of the horror short Baghead for StudioCanal.

Alberto Corredor, who directed the celebrated short, is on board to helm the feature version.

StudioCanal is fully financing the project, while The Picture Company partners Andrew Rona and Alex Heineman will produce through their overall deal with the studio.

Baghead centers on a mysterious figure who is able to conjure the dead for short intervals of time. However, anyone who pursues this service must pay a great price. The 15-minute short racked up more than two dozen awards on the festival circuit in 2018. StudioCanal picked up the rights to the short last fall after it was targeted by The Picture Company, which in recent years has set up several horror shorts around town.

Alibi’s Jake Wagner will executive produce along with Vertigo’s Roy Lee. Lorcan Reilly, who created the short with Corredor, will co-produce.

Ron Halpern will oversee the project for StudioCanal.

Pamies was initially discovered from the Stage 32 New Blood screenwriting contest with her horror-thriller script No Good Deed. That script, which trod on similar themes of alleviating pain but at a terrible cost, then went on to be selected for the 2019 Black List and Blood List.

Watch the trailer for the short below.