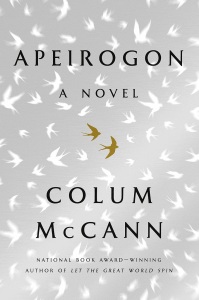 Apeirogon, which was published Feb. 25 by Random House, chronicles the unlikely friendship between two fathers — an Israeli and a Palestinian — who each lost a daughter to violence and turned their grief into action and activism. The epic story is told against the backdrop of unresolved tensions in the heart of the Holy Land.

Davies earned an Oscar nomination for turning the book A Long Way Home into the 2016 film Lion, and he adapted his own 1997 book Candy, a semi-autobiographical novel about his struggles to overcome heroin addiction in his 20s, for the 2006 film version starring Heath Ledger and Abbie Cornish.

His other screen credits include Beautiful Boy, the Hulu series Catch-22 and the upcoming Tom Hanks Western News of the World.

Amblin’s president of production Holly Bario will oversee the project for the studio, along with Andrew Calof, VP creative affairs.