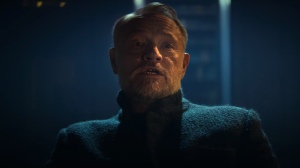 Your next favorite sci-fi series might be coming sooner than you think. Based on the books by Isaac Asimov, the upcoming Apple TV+ series Foundation seems set to to deliver a massive sci-fi epic on the scale of Dune or Game of Thrones, as seen in the trailer below.

This surprisingly substantial teaser features executive producer David S. Goyer revealing more than just a glimpse into the making of the saga, which (according to the official Apple TV+ release) “chronicles a band of exiles on their monumental journey to save humanity and rebuild civilization amid the fall of the Galactic Empire.”

Attempts to adapt Foundation for the screen have stretched on for decades, with notable producers including Roland Emmerich and Jonathan Nolan at one point attached to find a way to translate Asimov’s series of novels. With television now a proven medium for epic storytelling on this scale, the time might now be right for this project.

While production on the show was suspended due to COVID-19 back in March, but by releasing this trailer at its Worldwide Developers Conference today, Apple clearly means to make Foundation a major part of its future programming. There is no premiere date set yet, but it doesn’t feel too overly optimistic that the series might be completed before the end of 2021.

Until then, check out the wild visuals above, along with Hari Seldon’s chilling words: “I don’t like the future I predict.”