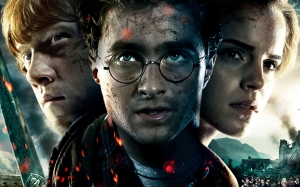 New details on the Avalanche Software/Warner Bros. Interactive Entertainment Harry Potter game have emerged, including a new release date and official announcement plans. Back in March, we learned Warner Bros. has planned to officially announce the Harry Potter game at the cancelled E3 event. Vague reports on the game have surfaced but it’s been unclear what Avalanche has had in the works — until now.

Now, Bloomberg reports the Harry Potter game will be an open-world RPG which takes players to Hogwarts and surrounding areas. The game’s expected release date is set for 2021 and will be available to play on PlayStation 5 and Xbox Series X. And while we don’t know if any of the Harry Potter franchise cast will be involved in the game’s development, we do know J.K. Rowling has had “very little direct involvement” in the game’s development. Per Bloomberg, Rowling’s documented anti-trans comments have left the developers “rattled” and ostensibly more than ready to keep her out of the development process.

It’s unclear if the game will resemble anything similar to what alleged gameplay leaks (via IGN) showed curious fans back in 2018. At the time, alleged gameplay footage was shared on Reddit and quickly took hold. Warner Bros. never confirmed or denied if the footage was legit, leaving folks to wonder if this game would actually happen at all.