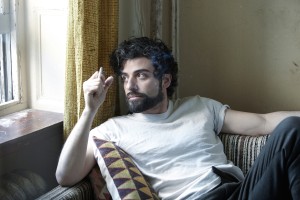 Golden Globe winners Oscar Isaac and Michelle Williams are set to star in an HBO remake of Ingmar Bergman’s Scenes from a Marriage, the network announced Thursday.

The original six-episode series starred Liv Ullmann and Erland Josephson and aired on Swedish television in 1973, and has since been canonized as part of The Criterion Collection. The modern remake will explore many of the same themes — love, hate, marriage, divorce, and, of course, monogamy — through the lens of a contemporary American couple. Isaac and Williams make for an exciting pairing, and I’m thrilled to watch them yell things at each other that they’ll never be able to take back!

Hagai Levi (The Affair) will write and direct the new Scenes from a Marriage, as well as executive produce alongside Williams and Isaac. Lars Blomgren, Daniel Bergman and Blair Breard will also executive produce, as will Michael Ellenberg, whose Media Res banner is producing alongside Endeavor Content. The project has been in the works for several years, as it was among the first that former HBO exec Ellenberg announced when Media Res launched three years ago.

Williams is a four-time Oscar nominee, lauded for her turns in Brokeback Mountain, Blue Valentine, My Week with Marilyn and Manchester by the Sea. She’s coming off Emmy and Golden Globe wins for her role in Fosse/Verdon, and Scenes from a Marriage will no doubt be another top-tier awards contender. Sure, Williams has done this kind of thing before with Ryan Gosling in Blue Valentine, but I also trust that she and Levi are fully aware of that, and that they plan to zig where Blue Valentine zagged. Williams is destined to win an Oscar one day, but for now, she’ll have to settle for being back in the Emmy race. And to think, it all started on Dawson’s Creek. Amazing. And funny, seeing as how Levi just worked with Joshua Jackson on The Affair. He must’ve, like me, been a big fan of that show!

Speaking of being a “big fan,” that’s how I’d describe my relationship to Oscar Isaac, who I met on the roof of the Standard hotel in downtown Los Angeles at an afterparty for Drive. It’s remarkable to see how his career has just taken off since then — hello, A Most Violent Year and Ex Machina! — and now he’s known the world over as Poe Dameron from the Star Wars movies. Isaac is no stranger to HBO, having won a Golden Globe for his starring turn in its 2015 limited series Show Me a Hero. Isaac will soon be seen in Denis Villeneuve‘s Dune and Paul Schrader‘s revenge movie The Card Counter.