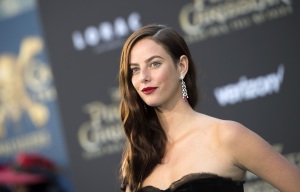 “Crawl,” “The Maze Runner” and “Pirates of the Caribbean: Dead Men Tell No Tales” star Kaya Scodelario is rumored to be joining Amazon’s mega-budget “The Lord of the Rings” TV series.

TheOneRing.net broke the story, and if true it makes her the most well-known actor to have joined the production thus far as the series is sticking with mostly fresh faces.

Production on the show is currently underway in New Zealand with the British actress of Brazilian descent recently tweeting about having to up and move her life for at least a year to the other side of the world from the UK and has just got onboard a 27 hour flight from London.

The site speculates that with young Elrond & Galadriel being characters in the show, one guess is she’s playing Celebrian – mother of Arwen from the ‘Rings’ trilogy.

No confirmation of any of this as of yet.

via The Dark Horizons