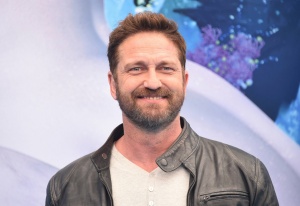 The action unfolds inside a small-town police station that becomes the unlikely battleground between a professional hitman (Butler), a smart rookie cop, and a double-crossing con man (Grillo) who seeks refuge behind bars with no place left to run.

The film’s female lead — the cop — has not been cast yet, but it sounds like a fun role for a rising young actress looking to get her hands dirty.

The original screenplay was written by Kurt McLeod based on a story that he and Mark Williams came up with, though Carnahan penned the most recent draft. Williams and Tai Duncan will produce on behalf of Zero Gravity Management alongside Warren Goz and Eric Gold of Sculptor Media, Butler and Alan Siegel of G-BASE Productions, and Carnahan and Grillo of WarParty Films. Executive producers are James Masciello, Matthew Sidari and Tom Ortenberg for Open Road Films.

Production is slated to start in October, and filming will take place in Georgia and New Mexico. STX will present the project to buyers virtually at the upcoming Toronto International Film Festival. Open Road Films will release the movie theatrically in the U.S. while STXinternational will handle foreign sales and release the film itself in the UK and Ireland.

Raven Capital Management, which acquired Open Road Films in 2018 and recently relaunched the theatrical distributor with former head Ortenberg at the helm, developed Copshop in partnership with Sculptor and Zero Gravity, and RCM is fully financing the film. CAA Media Finance arranged the project’s financing and domestic distribution deal.

“We feel that this is a movie that can play big globally but be made sensibly and we are always looking for this type of ‘elevated genre’ where the writing really drives the action and the drama. We also couldn’t be happier to have someone with the box-office power of Gerard Butler as our partner in crime on this film,” Carnahan and Grillo said in a joint statement.

“I’m thrilled to be teaming up with Joe Carnahan for the fifth time, and Frank Grillo has been a good luck charm for Open Road since its inception, having been featured in Joe’s film The Grey, End of Watch, and Homefront. Putting Joe and Frank together with one of the biggest action stars in the world in Gerard Butler in Joe’s exciting script for Copshop is a recipe for a big theatrical hit,” added Ortenberg.

Butler stars in the Fallen franchise and will soon be seen in the STX movie Greenland, while Grillo starred in the Captain America and Purge franchises, and will soon be seen in Carnahan’s time loop movie Boss Level. I recently rewatched Carnahan’s 2002 breakout Narc with my Dad and it still holds up, so track that one down if you’ve never seen it before. Butler is also set to re-team with his Angel Has Fallen director Ric Roman Waugh on the action movie Kandahar, and you can click here to read more about that project.