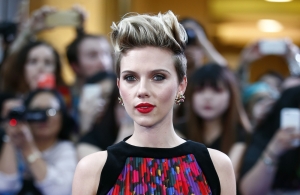 After years of perfecting her screen image as Black Widow from those Marvel Avengers you might have heard of, Scarlett Johansson is heading back into some oddball A24-approved genre-blending shenanigans in an indie thriller/coming-of-age/female-empowerment picture that I simply have to see. Per The Hollywood Reporter, Johansson will produce and star in the upcoming Bride, which boasts a sterling roster of talent and an absolutely wild premise.

Johansson’s role is a Frankenstein (or even Weird Science) feeling one: The “perfect woman,” created in a laboratory by a domineering, ambitious, and scary to think about tech entrepreneur. When she figures out the truth about her creation and circumstances, she escapes his clutches, she rejects her creator’s romantic advances, plunges into society, and reckons with her new life, new destiny, and new powers — all the while being viewed as a damn monster. Sebastián Lelio, who made the wonderful A Fantastic Woman and Gloria, will direct the picture for A24 and Apple, the newest feature in their ongoing first look deal (which also yielded us On the Rocks). Lelio will co-write the film alongside Lauren Schuker Blum and Rebecca Angelo (Orange Is the New Black). Beyond Johansson, producers include her production company partner Jonathan Lia.

Johansson said this about the film, perhaps positioning it as a more literal take on Bride of Frankenstein: “It is long overdue for Bride to step out of the shadow of her male counterpart and stand alone. Working alongside Rebecca Angelo and Lauren Schuker Blum, Sebastian and I are extremely excited to emancipate this classic anti-heroine and reanimate her story to reflect the change we see today.” “Bride” and “male counterpart”? “Classic anti-heroine”? “Reanimate?!” Johansson is being very canny with her words — and perhaps hinting at a competing monsterverse beyond Universal and Blumhouse’s, which Angelo and Blum themselves are writing on?

Beyond any public domain-skewing comments, all of these folks have lots of “intelligent genre-bending horror-leaning” pieces on their resumés, from the writers’ attachment to the upcoming Blumhouse Wolfmanfilm to Johansson’s last A24 fever dream/monster movie Under the Skin (a film I shall always admire and never love). And while I love me a good old fashioned superhero flick, especially in that Marvel Cinematic Universe, I’m likely more excited to see Johansson dip her toes back into mini-major indie filmmaking, with original ideas, challenging roles, and stuff that defies easy explanation. Plus: Lelio has proven himself to be an astonishing character-driven filmmaker, and the idea of him using his knack for accessibly psychological examinations in a genre element is very exciting indeed.

We’ll keep you posted on Bride as soon as we hear more.